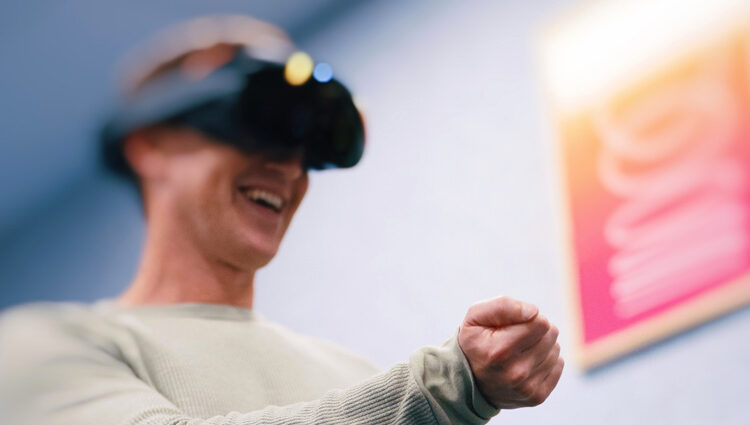 The video showcases the Presence Platform, which powers spatial MR experiences that place digital assets on top of the real world, with the video demoing three immersive experiences for the MR device.

Mark Zuckerberg just shared a first look at what mixed reality experiences will be like on Project Cambria, our high-end VR headset coming out later this year.

The CEO did not show the Project Cambria device, but played ‘The World Beyond’, an immersive MR demo, which blends the virtual and real world for immersive gaming and lets users interact with animated creatures and explore immersive worlds.

Additionally, Mark Zuckerberg explained how the Presence Platform and Project Cambria are suitable for enterprise use cases such as hosting MR work environments. The platform also supports wellness applications for attending fitness classes with a virtual instructor.

Meta is soon releasing the The World Beyond on the Quest 2, although this version will not support full-colour passthrough, but should release with Cambria later in the year.

The news comes as Zuckerberg joined the CEO of Schell Games, Jesse Schell, in an interview on Friday to discuss the Project Cambria headset and the Presence Platform powering the hardware.

“Today, on Quest 2, you put it on, when you go outside the guardian you this very rough black and white view of the scene around you and people have loved that. We’ve got a ton of positive feedback on that. But we [Meta] didn’t really intend it to be anything more than a safety feature. But now people are building experiences on top of that. That was based on a sensor not designed to give you anything more than a rough outline of what was going on around you.

He concluded that Cambria’s high-res colour sensors would facilitate the full-spectrum passthrough experience. The firm is releasing Presence Platform updates to developers so they can create immersive and Metaverse content to support its upcoming extended reality (XR) head-mounted displays.

Building a business case for XR in Telecoms and Media