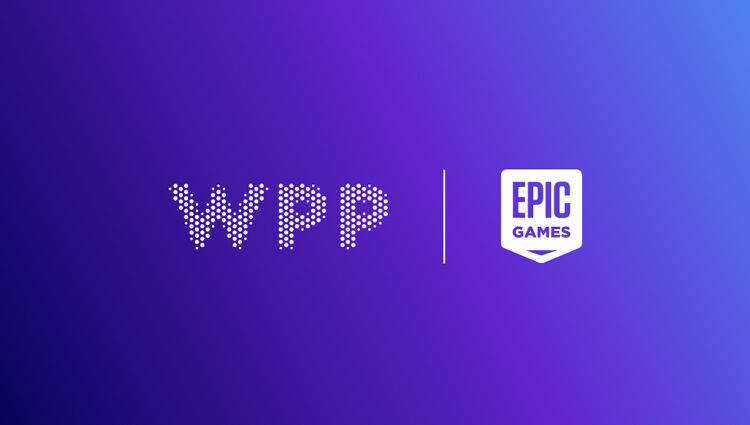 According to the partnership, both companies have launched a programme to “upskill thousands of WPP creatives and technologists” on developing brand experiences via Epic Games’ hit title Fortnite.

The Unreal Engine-powered game will boost real-time 3D (RT3D) content creation and production for metaverse experiences as a training curriculum complete with tailored instruction for creatives, executives, and the media, the company explained.

Proud to announce our partnership with @WPP to further brands presence & delivery in the #metaverse, including upskilling thousands of WPP creatives & technologists on #Fortnite, #UnrealEngine, #realtime3D & #virtualproduction!#wpp #epicgames https://t.co/mhJpJesM4x pic.twitter.com/x25V2067fc

The news follows a further partnership with The Metaverse Foundry via WPP’s creative content production firm Hogarth, which aims to increase immersive content creation for clients.

WPP said in a press release it believed brands and creatives had a “tremendous opportunity” to tap creative potential with interactive immersive spaces.

The London-based firm has become an early investor and adopter of metaverse talent amid a massive surge in interest in Web3, the rising spatial communications platform set to follow the internet.

It added “deep production capabilities” and expert knowledge of cybersecurity and privacy rights would also help support the platform’s success.

To facilitate this, WPP and Epic Games will collaborate to develop experiences on the latter’s popular Unreal Engine, following a successful partnership with Epic Games subsidiary SuperAwesome, leading to the development of a virtual Island for Adidas’ Ozweego trainers, developed in Fortnite.

WPP also plans to strengthen knowledge of cybersecurity and online privacy with SuperAwesome as it delivers campaigns for younger audiences.

Comments and Developments on the Metaverse

“We think of WPP as the creative transformation company, one that embraces new environments like the metaverse and sees the potential for clients. Epic’s technology is world-class, and we are delighted to partner with it to raise the bar for social experiences in virtual worlds on behalf of our clients”

“This partnership with WPP bolsters our mission to educate more trailblazing brands and creators on how Epic’s tools across Fortnite, Unreal Engine, and 3D marketplaces like ArtStation and Sketchfab can be used to bring their metaverse visions to life.”

The Menlo Park-based firm launched two supportive grants last week to allow successful applicants to receive headsets along with user support while prioritising vulnerable communities in the US.

Numerous firms across the XR industry, including DREST, Snap, Portsmouth University, Taqtile, and STYLY have created programmes to upskill workers and creatives in immersive tech and expand production capacity for immersive content across the sector.

Following Facebook’s rebranding as Meta in October last year, multinational tech firms have aimed to compete in the global virtual space race with new tools and programmes, production studios, and tech solutions aimed at shaping the next generation of immersive technologies.

Top Telecom and Media Companies Majoring in XR for 2022