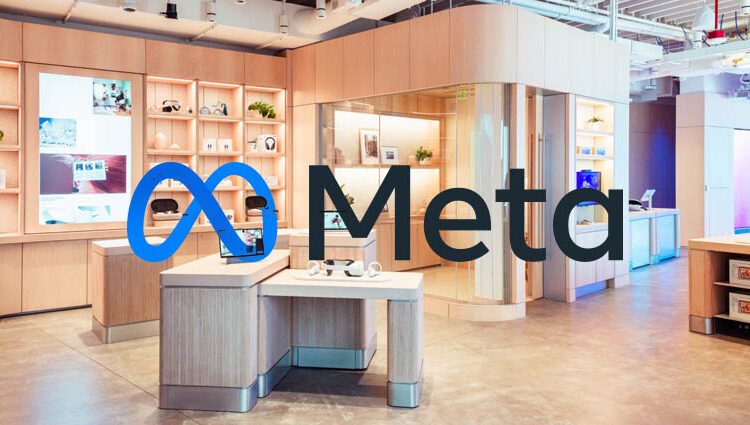 Meta Platforms, formerly branded as Facebook, has launched a major campaign to promote its inaugural physical store, where customers can experience its mixed reality (MR) headsets in person.

The Menlo Park-based firm announced in a blog post on Tuesday it will open its 1,550-square-feet Meta Store for business on 9 May, complete with in-house experiences and lineup of smart devices.

The Burlingame, California-based Meta Store, located near Meta’s Reality Labs offices, will host a catalogue of VR experiences for its Quest 2, as well as showcase its Portal home communication devices and Ray-Ban Stories smart glasses.

Meta Store, our first brick and mortar retail and experience space, opening on May 9 at our Burlingame campus (322 Airport Blvd, Burlingame, CA). Check it out! 🛍 pic.twitter.com/6UpKVOWiN5

Visitors can purchase all but the latter device at the in-person shop and new online storefront as its Stories smart glasses are only available at the Ray-Ban store.

The experience store will also include a massive Meta Quest 2 display and demo section, where visitors can test out the company’s immersive kit with some of its most popular game titles. Shoppers will also receive a 30-second video of their mixed reality experience.

Martin Gilliard, Head of Meta Store, said in a statement,

The news comes as Meta Platforms aims to build its product lineup as a mainstream device for exploring the Metaverse, following the company’s rebranding in October last year. The firm has also opened its Horizon Worlds platform to users in the US and Canada, with further expansions planned at a later date.

The news comes as Meta is set to release its first quarter (Q1) 2022 earnings report on Wednesday, which will detail the company’s progress in earning profits amid a rocky fourth-quarter 2021 report.

Meta has faced several concerns over the safety of its Metaverse ambitions in recent months as well as criticisms for its 47.5 percent fees for content creators on Horizon Worlds. The company also said it remains optimistic of its plans despite cancelling its F8 developer conference, reports found.

NFTs and the Global Metaverse Marketplace with Luna Market