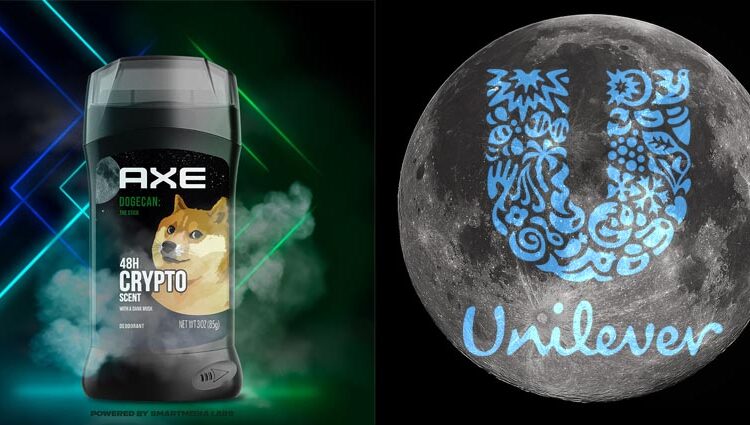 Unilever, a British consumer products giant for hygiene and grooming, is set to launch its first-ever AXE deodorant product for exclusive purchase with Dogeoin, the company announced this week.

The product was unveiled on DogeDay 2022, or 20 April, and the crypto-scent is expected to drop on 27 April, the firm said, adding it would open 100 units for sale to commemorate the event.

buy it with dogecoin. 100 of ‘em dropping soon. happy #dogeday

AXE’s doggo deodorant was inspired by a recent tweet on DogeDay last year, where the subsidiary stated, “if it gets to $1, we’ll make it happen.”

The memecoin-themed campaign received a massive response across social media, with many tweeting their anticipation for the upcoming drop.

if it gets to $1, we’ll make it happen. #dogeday #doge420 pic.twitter.com/XssGr6EeHe

The company debuted 1,000 limited-edition Dogecans at the time to back the campaign, which sold out in under ten minutes, and expects similar sales to take place amid the promotional deodorant stick drop next week.

This year’s upcoming feature is backed by blockchain firm SmartMedia Labs, who facilitates audience engagement and brand loyalty with NFTs and numerous adtech tools, according to its website.

The company behind the DogeDay campaign builds blockchain experiences with its no-code platform for brands to engage with their consumers as a “gamification of advertising,” it claims.

With offices in Los Angeles, Aspen, and London, the global firm also incorporates its SmartMedia Tokens on its platform to tether NFTs to digital advertisements for purchase and sale across crypto wallets.

It also uses its BlockV Network along with real-time 3D content and AR-backed tokens across smartphones, VR headsets, and 2D browsers.

The news comes as major global tech firms such as Google, Meta Platforms, and others have begun developing numerous blockchain-backed technologies, each with their respective branding, to boost the rising adoption of cryptocurrencies across the world.

Numerous Metaverse platforms such as Decentraland, The Sandbox, Somnium Space, and others have seen major brands go “to the moon” for cryptocurrencies and virtual land sales amid a digital space race to build the Metaverse.