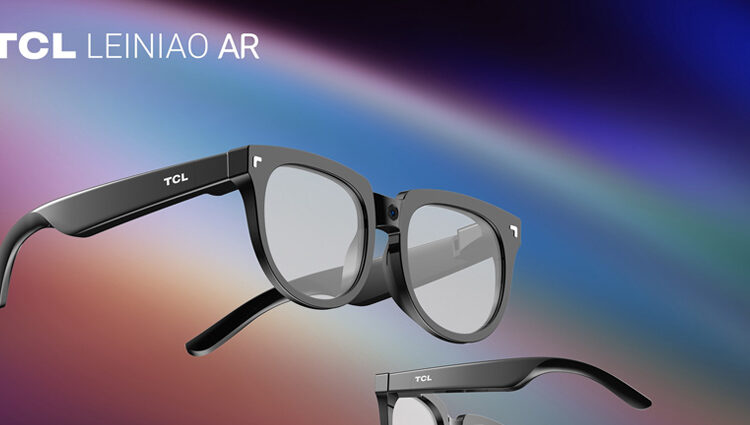 The TCL subsidiary launched its Leiniao Air smart glasses solution on Tuesday following a successful debut at the Consumer Electronics Show 2022 in Las Vegas, Nevada in January this year.

According to the company, the smart glasses feature a large viewing screen with polarised birdbath optics, which provide a massive 140-inch, high definition screen and TÜV Rheinland certification for low blue light visuals.

The Leiniao Air smart glasses would also offer a bespoke glasses matching service via a QR code, where customers can upload their eyesight information to receive options such as prescription lenses.

Additional benefits include lighter form factors with new materials and engineering, with the device weighing in at just 75 grammes with standard lenses. The headset also offers USB-C charging and tethering to Android, Windows, Apple, and other operating systems, as well as iPhones via an adapter.

See your reality like never before.#TCL’s LEINIAO AR Glasses conveniently link all aspects of your life, so that you can live effortlessly connected to your world. 🤓🌐#TCLInspireGreatness #CES2022 #TCL pic.twitter.com/92lG3s8iJS

The news comes after the Huizhou-based firm announced the launch of its NXTWear Air AR smart glasses, also at the CES 2022, which allow streaming to an external monitor, weigh 2.6 ounces, and support binocular 1080p displays at 60Hz refresh rates.

The device aims to compete with rival products such as Meta’s Ray-Ban Stories and Nreal Air, namely amid rising competition for fresh Metaverse hardware and software solutions in the tech industry.

How To Spot a Rising Cryptocurrency

Bitcoin Bounces Back Past $40,000, But May Struggle To Maintain Position