Physical Touch in the Metaverse with the Emerge Home System 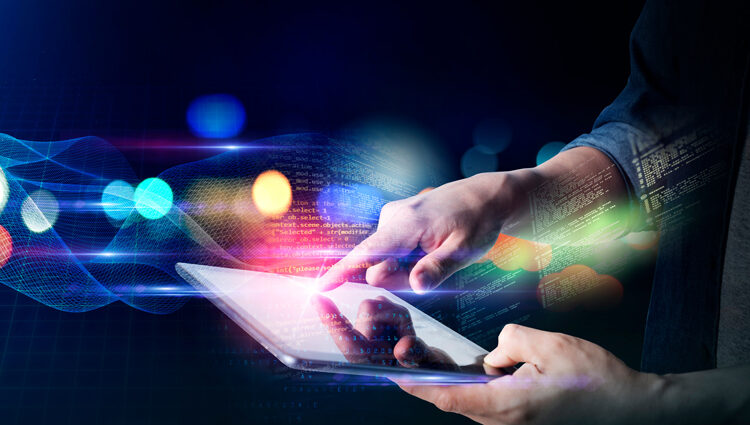 The Metaverse brings us a step closer to digital experiences that mimic the real world except for one thing: the element of physical touch.

Several companies are working on haptics technology that will provide touch-based feedback in virtual reality (VR). Currently, haptics development is a complex process and still relies on VR controllers.

Now, firms have designed an alternative technology that could allow metaverse users to experience touch with ultrasonic waves without controllers or other handheld gear. This alternative is made possible by the Emerge Home system.

Emerge Home allows users to experience physical touch inside a VR environment with their bare hands. Here are some of the reasons as to why this will be important to the Metaverse.

The Importance of Physical Touch in the Metaverse

Despite the convenience of online collaboration, it is still not a 100 percent replacement for in-person interactions and teamwork. People lose nonverbal communication, sensory experiences, and methods of experiencing things together while we are online.

The findings from a December 2021 report from the National Research Group found that users are excited about the Metaverse, but missed a few critical elements.

The report noted 78 percent said that they “miss the ability to physically touch and interact” in VR, and one in every two customers wished technology could allow them to physically feel or touch things just like in real life.

What Is the Emerge Home System?

Emerge Home is an ultrasound technology-based handsfree VR controller that looks like a flat tabletop device and enables physical touch in metaverse environments.

According to the company’s website, functionality is simple: the user places the device, which looks somewhat like a closed laptop or a weighing scale, on top of a table or any flat surface while wearing a VR headset.

It then uses the Emerge app to synchronize with the VR software or Metaverse platform that users access through their headset. Once the two are synced, they can simply wave their hands above the device and make a variety of movements translated in VR.

Currently, the Emerge home system has an app available for Meta Quest users, which allows up to seven users to exchange tactile greetings like a handshake.

It is possible to literally sense tactile feedback with bare hands in a virtual realm, without the need for gloves, consoles, or any other accessories with Emerge Home.

The Emerge Wave-1 is the system’s primary hardware component, which is a tabletop unit that enables the user’s hands to act as controllers. The gadget generates ultrasonic waves, enabling users to engage with the virtual environment by touching it and feeling its sensations.

The ultrasound part of the system was first reported by Emerge in September of 2021 when the company announced the creation of an ultrasound sensor. Using micro-electromechanical systems (MEMS) technology to minimize cost and space, the sensor allows the Emerge Wave-1 to project ultrasonic waves around virtual objects and interactions, allowing for more realistic interactions.

Consequently, it initiates a field of interaction approximately 36 inches above the device and surrounds it in a 120-degree circle. The interaction area formed by the gadget creates a zone where users can operate, allowing them to communicate via physical touch.

The haptic firm is raising funding by firstly launching an ongoing Kickstarter project, through which it is looking to raise $200,000 by mid-April 2022. Product shipments are also slated to begin in this period.

At the time of writing this article, it had raised nearly $159,000, through Kickstarter investments from 239 backers, in addition to raising $13 million USD from Metaverse pioneers and technology leaders.

In the virtual world, Emerge Home is the initial step in a larger quest to develop a new language of touch, Isaac Castro, Emerge Co-CEO and Co-founder said in a statement in late January, adding the firm was currently focusing on VR and was exploring other interfaces in the near future.