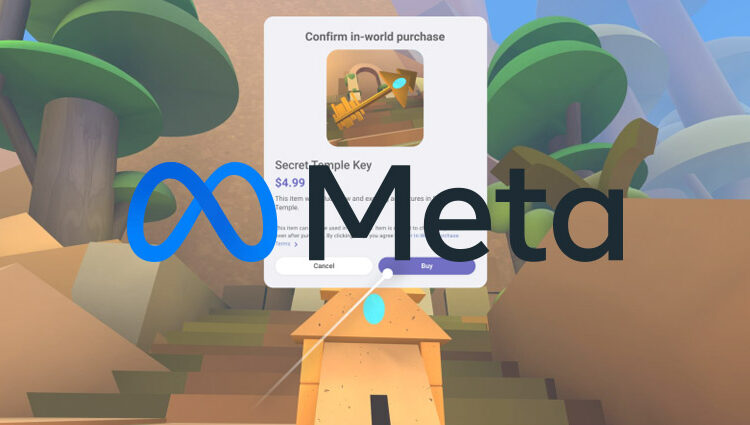 He stated in the tweet that the Horizon platform would charge fees of just 25 percent, which was “a much lower rate compared to other similar world-building platforms.”

The move aims to expand access to the platform across smartphones, tablets, and internet browsers, in addition to its primary user base on Quest virtual reality (VR) headsets, according to reports.

According to statements quoted in a report from The Verge from Vivek Sharma, Meta’s Vice-President of Horizon, the Menlo Park-based firm also plans to install Horizons on mobile devices and may potentially add them to gaming consoles, without revealing further details on a timeline.

The news comes just days after Meta was roasted on social and tech media for announcing it would charge up to 47.5 percent of sales from virtual content hosted on the Horizon Worlds platform.

The news, first reported by CNBC, sparked sharp criticisms from content developers after Meta had failed to release the details in an initial blog posting it would charge the fees, which consisted of a “hardware platform fee” at 30 percent and Horizon Worlds fee of 17.5 percent.

Rival firms such as OpenSea and LooksRare charge 2.5 percent, and 2 percent for each transaction, respectively, CNBC added.

Meta is looking to charge digital creators fees of up to 47.5% to sell virtual items in its Horizon Worlds #metaverse.

Meta previously took a dig at Apple Inc for charging 30 percent for purchases on the App Store, triggering Apple to hit back at the Metaverse company.

An Apple spokesperson speaking to MarketWatch said in a recent statement,

“Meta has repeatedly taken aim at Apple for charging developers a 30 [percent] commission for in-app purchases in the App Store — and have used small businesses and creators as a scapegoat at every turn. Now — Meta seeks to charge those same creators significantly more than any other platform. [Meta’s] announcement lays bare Meta’s hypocrisy. It goes to show that while they seek to use Apple’s platform for free, they happily take from the creators and small businesses that use their own”

According to Bosworth, the fees were lower than other platforms, hinting at rival platform Roblox, which pays content creators roughly 28 percent for each dollar earned.

Apple takes 30% of software and a significant margin on their devices. They’ve capitalized on their market power to favor their own business interests, which comes at great expense to developers. https://t.co/ZPjgLR8Woq

The news comes after Meta also announced it would postpone its F8 developers’ conference to focus on reaching its Metaverse targets, adding it would interact with groups on the sidelines of its 19 May Conversation business messaging event.

Why Crypto Casinos Are Your Best Choice For Online Gambling