What Is the Nakaverse? Here’s What we’ve Found 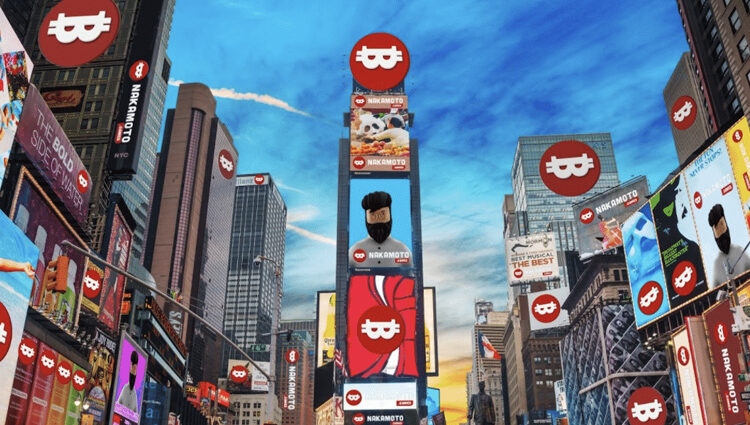 As the war for building the one true Metaverse heats up, there is another contender that demands our attention: Nakamoto Games, or the Nakaverse.

The platform has been in beta testing for a while and its first title ‘Duck Hunter’ launched in an exclusive community in October last year. The following December, the platform went live and soon attracted a strong following both in terms of gamers and on social media.

The USP of Nakaverse is that it provides game developers and designers with a blockchain-based platform to create and publish 3D games that anyone can access and later monetize.

The Nakaverse refers to a pay-to-earn blockchain-based gaming ecosystem that includes both original titles from Nakamoto Games and user-generated content, which, like all Metaverse platforms, has its own token and economy. As of March 27, one Nakaverse token (NAKA) was valued at $0.46, and since its inception, Nakaverse has garnered a lot of industry attention for its unique capabilities.

It will provide users with a chance to create and publish their own games on the Metaverse, something that is technically possible with other platforms, but not in such a seamless way. It is poised to become the world’s first play-to-earn gaming metaverse, aided by the platform’s many tools and features.

Over the last few months, Nakamoto Games launched several highly successful titles on the Metaverse like Candy Shop, NAKAR Racing, Naka Strike, and several others. Not only do these titles promise a highly engaging story and almost addictive gameplay, but players can also win weekly rewards in crypto.

In fact, the platform launched an initiative called Naka Strike Tournament where top players will get the chance to earn a steady income by participating in ongoing multi-player challenges.

Simply put, Nakaverse takes the most compelling aspects of individual and multi-player gaming and places them on a functional metaverse platform that is easy to access and use. This, combined with a series of intelligent titles, makes for a winning value proposition.

The team behind Nakamoto Games is based in Thailand, and Chawalit Rugsasri, Company Founder and CEO, is a blockchain expert with over a decade of hands-on experience in the smart contract programming language, Solidity. Rugasi, better known as Tor, started Nakaverse in 2021 when blockchain-based play-to-earn gaming began to gain momentum.

Interestingly, Nakaverse has a packed roadmap and has stuck to it so far, namely at a time when most metaverse platforms are still either at the conceptualization stage or behind their release schedule by several months.

“Our release schedule for 2022 is truly ambitious. We hope to release up to 100 games over the year and have already released our first-ever multiplayer game called NAKA Blaster. We’ve also launched a new gaming room concept – kind of like a lobby – in which players can coordinate, devise strategies, and compete in new and fun ways.”

Across the year, the platform will mint more NFT land parcels, launch the Nakaverse mainnet (an alternative to testnet, signet, and regtest networks), and develop more career features. It will also launch several new single-player and multiplayer games compatible with HTML 5.

Key Features of the Nakaverse

The Nakaverse offers its users the following key features:

There are two ways to play games using the company’s technologies. The nakamoto.games domain offers several play-to-earn titles that users can start playing immediately. Once you win NAKA cryptocurrency tokens by playing these titles, you will also own a stake in the operations of the metaverse platform. The second method is to sign up as a creator on nakaverse.games, where you can use the platform’s tools to build 3D environments.

Like all metaverse platforms, Nakaverse has its own NFT marketplace where users can buy and sell land, purchase in-game assets and accessories, and so on, using NAKA. The marketplace is yet to be fully finalised, although it does conduct flash sales of its community-owned land.

As mentioned, the platform has a large following on Twitter and Telegram, with over 100,000 participants on each social media platform. Members of the Nakaverse community who own its cryptocurrency token have a say in the platform’s operations – e.g., deciding when new crypto will be minted.

Tokenomics refers to the economics of the Nakaverse platform, where a total of 180,000,000 can ever be minted or be in circulation. Of this, a certain amount is set aside for salaries, advisor payments, operational reserves, developer sponsoring, game development funds, and other expenses. As a part of Tokenomics, the company makes finding information publicly available and also lets the community know how it will be utilized.

The crux of the Nakaverse is its play-to-earn philosophy. The platform’s website states that 65 percent of the world has an internet connection, yet 43 percent of the US population struggle to meet living expenses, and developing countries fare even worse. Nakaverse would allow anyone with an internet connection to earn cryptocurrency, and generate a steady income flow.

Like most successful metaverse platforms, Nakaverse has a large network of partners, including heavyweights such as Polygon, DeltaHub Capital, Panda Capital, and several others. This allows the company to build the platform up into a functional prototype and launch it as a reliable service to players worldwide.

It has launched several titles in quick succession, and its newest offering Candy Shop has been well received. For these reasons, the value of NAKA has steadily increased in the last one month, and investors remain optimistic for its future.

How Will the Metaverse Impact the Real World?