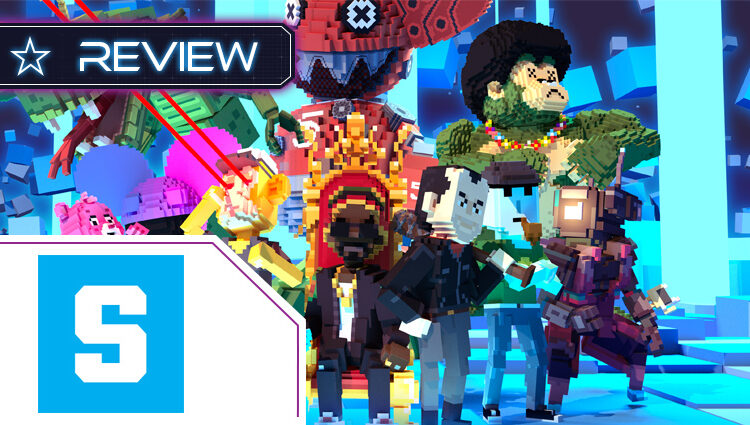 The Sandbox is among the earliest movers in the virtual world-building and metaverse space, dating back to the early 2000s. It first launched as a mobile game in 2010, providing users with tools to engage in nonlinear gameplay, also known as “sandbox mode” gaming, allowing users to create their own worlds populated by virtual objects, people, characters, and others.

The game remained popular until 2018, where it was acquired by Animoca Brands. This parent company would later use the virtual property to build a blockchain-based version of The Sandbox, complete with play-to-earn games, virtual land parcels, tradeable NFTs, and more.

The Sandbox is among the most popular metaverse platforms in the world, with investments from Snoop Dogg, Gucci, Republic Realm, PwC, and HSBC. Here’s a closer look at The Sandbox in detail.

The Sandbox refers to a metaverse platform that became publicly available in 2021, which provides users with the opportunity to participate in play-to-earn games, purchase land, collect its cryptocurrency token SAND, and have a say in the platform’s operations.

It has proved to be popular among users and investors and gained a significant number of loyalists, despite the metaverse market being in its early stages. Back in 2019, Animoca raised $2.5 million USD in funding for its development, followed by another $2.01 million later in the year.

In November last year, The Sandbox earned a staggering $93 million in an investment round led by SoftBank. Chinese billionaire Adrian Cheng said his firm would purchase one of the biggest land parcels available in the game.

On the consumer side, The Sandbox has reportedly crossed 2 million users, a rare feat given the low rates of VR adoption.

Key Features of The Sandbox

Let us now reveal the key features and capabilities that The Sandbox has to offer:

The Sandbox offers the following key features and capabilities:

According to its roadmap, The Sandbox was slated to witness a full public launch by 2022. However, this is yet to happen and the platform is currently available only as an alpha release. A recent announcement in February revealed The Sandbox Alpha Season 2 would launch on March 3 this year.

Users now have access to 18 upgraded experiences and several new ones as a limited release. More importantly, the roadmap adds that the mobile version of The Sandbox will open by the end of this year.

A company spokesperson said in an announcement,

“There might be S2 Alpha Pass Holders that decide to sell it on OpenSea. So, this will be the only way you can purchase one. We will share the link to the official collection of Season 2 Alpha Passes as soon as it becomes available.”

While The Sandbox faces stiff competition from Decentraland, Roblox, Bloktopia, and others, there is good reason for its popularity.

The team behind the platform has maintained a steadfast focus on the platform’s development, crafting a busy road for the future. Also, The Sandbox has partnered with strategic stakeholders and sponsors that have garnered traffic and investor attention.

Interestingly, the platform does not require VR equipment to get started with gameplay or NFT purchases. Users can simply use their browsers and desktops to access the Metaverse, reducing the barriers to entry.

For those looking to get started with The Sandbox, the easiest way is to set up a cryptocurrency wallet and acquire a few SAND tokens. Gameplay can be free or paid, and NFT accessories start at only a few dollars.

Most of the platform’s potential lies with its large and expensive plots of land, which can be monetized through events, rented workplaces, public spaces, and others.