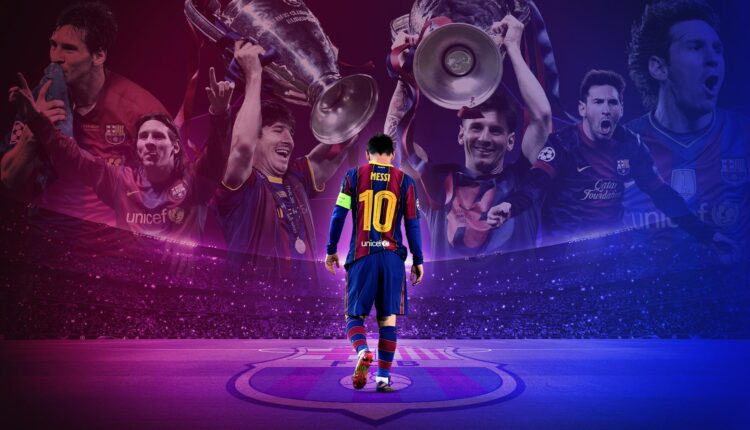 The foray of crypto players into the sports space has been obvious and quite fast-paced. It is no surprise that crypto seems to have found a natural home in this arena given it is a fan-driven space. That has been behind the success of many fan tokens in the past months. Fan Token is a token created by crypto firm Socios.com which has been favorably received by both sports and crypto fans around the world.

This time around, Socios.com has taken this one step further with a new partnership. The company recently announced that it was partnering with football star Lionel Messi. This new partnership has opened up new horizons for crypto and sports fans and what they can do with these tokens.

Building The Future Of Crypto

In a recent announcement posted to its website, Socios.com officially welcomed Lionel Messi aboard the ship. The footballer is taking part in a campaign as a brand ambassador with the slogan “Be more”. This aligns with what Socios.com states as its agenda going forward. It explains that with the new partnership, they hope “to build a more inclusive, exciting and rewarding future for fans across the world.”

Lionel Messi who is a brand in himself is no doubt an excellent addition to the Socios.com brand. With multiple world records to his name, the footballer is loved by millions of adoring fans all over the world. It is obvious that Socios.com is looking to tap into this immense fan base and pull millions more into crypto through the footballer’s fame.

Socios.com revealed that the partnership with Messi would be for an initial period of three years. This wording leaves room for interpretation meaning that Socios.com may have plans to extend its partnership with the footballer at the end of this three-year period.

As for Lionel Messi, he states his reasons for the partnership to be for fans to get the recognition they deserve for their support of the sport. One of these ways is being able to have a say in what their favorite teams do by being involved in these fan tokens.

“Since I played my first professional game the passion of the fans has been a driving force that has helped inspire me to be my very best. Fans deserve to be recognized for their support. They deserve opportunities to influence the teams they love,” Messi said. “Socios.com exists to enhance the fan experience, to enable fans to ‘be more’.  I’m proud to join Socios.com’s mission to  create a more connected and rewarding future for fans around the world.”

As for Socios.com, it is a welcome development which Alexandre Dreyfus, CEO of Socios.com, explained. He added that the company is trying to make fans feel valued and that their support of the players/game matters.

“We are delighted to announce Lionel Messi as our new Global Brand Ambassador and look forward to building a more inclusive, exciting and rewarding future for fans across the world together. We have taken great strides forward in the last few years, but, if football fans know one thing, it’s that with Lionel Messi on your side anything is possible.” – Alexandre Dreyfus, CEO of Socios.com.

Lionel Messi is one of the most decorated footballers of all time. He currently holds seven Ballon d’Ors and a total of six Golden Boots, more than any other footballer in the history of the game. Most notable has been the fierce rivalry between Messi and Ronaldo, both of which have continued to compete for the title of the greatest footballer even into their 30s.