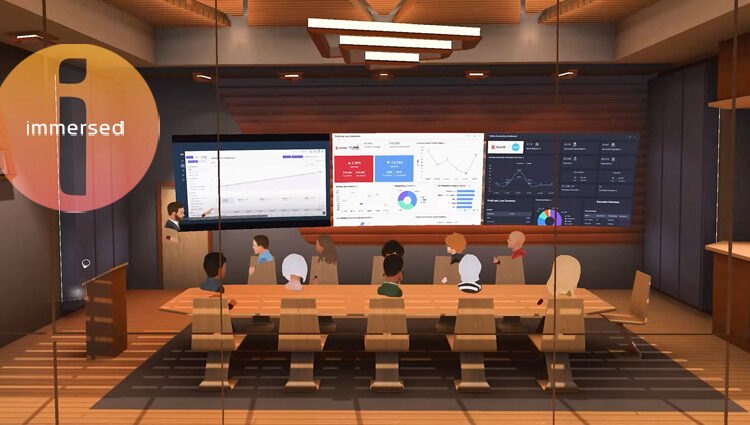 VR firm Immersed announced on Friday it had released a wave of new features for its platform, providing enhanced capabilities for users navigating their digital workplaces.

The Metaverse platform, which debuted on the Meta Quest in late-July 2020, is available on the Oculus Store for download across the Menlo Park-based firm’s Quest and Quest 2 headsets.

According to a video demo on the company’s LinkedIn website, the new features include the following:

The platform allows people to work solo, providing them with tools such as private workstations to work without distractions, up to five virtual monitors without the need for additional hardware, and full portability across wireless and mobile devices.

Immersed also comes with a number of features for remote collaboration such as telepresence with up to four colleagues, multiscreen sharing with other users, and whiteboards for brainstorming with teams.

Virtual colleagues can view and stream virtual displays from Mac and PC computers, iPhones and iPads, as well as physically plugged-in Linux workstations.

According to the company, Immersed was founded on the premise that people can live and work from any location in the world, untethered from physical offices and real estate.

The Austin, Texas-based enterprise aims to continue building new tools and technologies to eliminate barriers to remote work and collaboration, boosting overall work productivity, efficiency, and satisfaction for users across the world.

Users have praised the collaborative platform for streamlining their production workflows and lauded it as their “most significant upgrade” to their virtual toolkit.

For more information on purchasing and app support, kindly visit their website.