What Is Decentraland? – XR Today 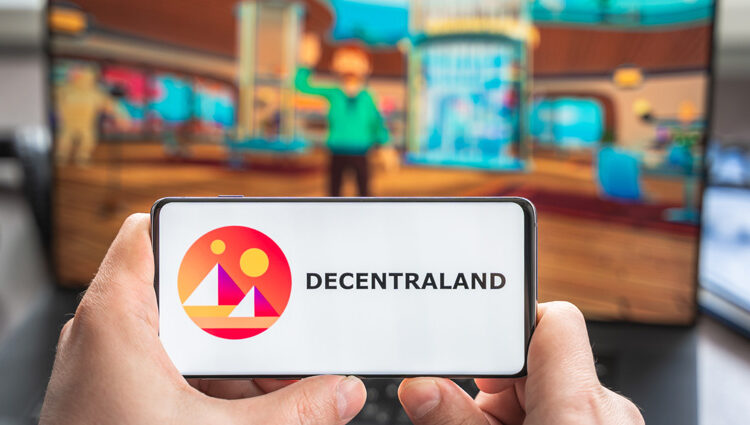 The rise of the Metaverse has significantly increased the potential of the virtual reality (VR) industry. Instead of standalone applications of VR for training or for virtual exhibits, the Metaverse may lead to the creation of an entire digital universe of interconnected, interoperable VR spaces.

This will allow users to move in and out of different spaces, just like in the real world, with a consistent sense of identity, physics, and persistent interactions.

Goldman Sachs has predicted that the Metaverse could become an $8 trillion opportunity in terms of its monetization potential. The future spatial communications platform become so engaging, users typically hesitant to make purchases or conduct transactions through traditional digital channels could instead use VR experiences.

A 2022 survey by e-commerce company Obsess found that virtual shopping could unlock conversion rates as high as 70 percent. In order to tap into this potential, companies are looking to build platforms that turn the futuristic idea of a Metaverse into reality, with Decentraland making the most progress.

Decentraland is a 3D virtual universe that provides users with multiple spaces to create content, explore worlds, and trade in cryptocurrency without the platform being owned by a single, centralized entity.

It was founded in 2017 by Argentinian duo Ari Meilich and Esteban Ordano after they developed the platform for roughly two years. Ari Melich has founded another company since then, called Big Time Studios, which makes NFTs for VR games.

Decentraland is characterized by the following unique features and capabilities:

As the name suggests, Decentraland is fully decentralized, owned and operated by its own governance body called the Decentralized Autonomous Organization (DAO). The DAO comprises all the users involved in Decentraland who control all major decisions.

Decentraland is most popularly known among investors for its high-value cryptocurrency, MANA, where investors can purchase land and the DAO can decide how to use the coins for development initiatives in the VR world. The platform regularly hosts NFT exhibitions to sell and trade high-value items.

At its core, Decentraland is a social VR app. There are several multiplayer games, concerts, learning events, etc., that users can join, and Decentraland maintains its own calendar of events. Users can also choose to host an event on Decentraland by creating a bespoke virtual space for attendees.

Decentraland has an embedded Builder tool that allows users to envision, design, and build their own 3D objects and experiences. You can create basic scenes and artwork to participate in contests, and advanced creators can design entire games in VR using Decentraland. From this perspective, Decentraland is an alternative to Meta’s Horizon Worlds.

Real estate in Decentraland is extremely valuable, often selling for millions of dollars. Even the smallest plots sell between $10,000 and $15,000, going up to $2.4 million in November of last year.

The decentralized nature of Decentraland is due to its blockchain-based architecture, and uses Ethereum to record all transactions, support wallets, and power non-fungible tokens (NFTs). Ownership of all digital assets is recorded in Ethereum, which also acts as the foundation for MANA.

What Can You Do in Decentraland?

There are several reasons why Decentraland has proved to be such a success between both consumers and end-users. According to estimates, it has around 300,000 monthly active users (MAUs) and 18,000 daily active users (DAUs) as of December 2021, which is significant considering the Metaverse is a relatively new concept.

Inside Decentraland, users can:

What Are the Benefits of Using Decentraland?

Platforms like Decentraland transform VR experiences, making them more unified, naturalized, and multi-faceted. Instead of just playing a game in VR, users can play a game, meet other users inside the gaming world, move to another VR space like an event, reconnect with the people they meet, and express themselves through customized avatars, where each element of customization, from a hat to a sweater, is assigned a value. In other words, it recreates the dynamics of the real world in VR.

The other benefit of Decentraland is that it isn’t owned or operated by a single person, company, or entity, but is instead distributed between everyone joining the platform who contribute to the digital economy with regular votes and elections for major decisions.

For example, there is currently a poll running to vote on “Should wearables including guns be allowed?” in which most responded with “Reject all weapons in wearables.”

This is why several companies are looking to build their own version of the Metaverse – including Meta Platforms and Microsoft – but Decentraland holds first-mover advantage.

Ethereum Prints Bearish Pattern, Why It Could Correct To $2.8K