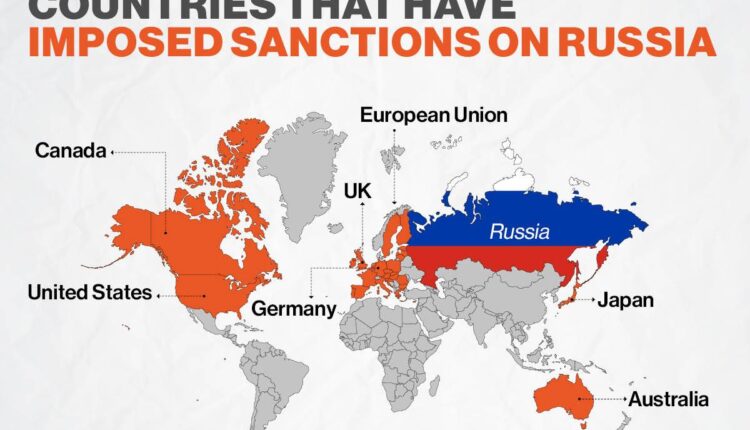 Using crypto as shield to save the country’s financial system from further collapse may not be the best solution for Russia in its ongoing invasion of Ukraine.

As Russia continues to pound the country with bombs and missiles, many expect this would deal a heavy blow on cryptocurrencies as well.

Bitcoin, as it turns out, has just breached the $40,000 mark while Russia’s currency sank to a record low and Moscow was hit with new economic sanctions.

According to the latest data from CoinMarketCap, Bitcoin had jumped 14% over the last 24 hours to $43,163, hitting a record high since February 20.

Other cryptocurrencies also rose in value. Ethereum climbed to 10% Tuesday and reached $2,878 while Dogecoin moved up to about 6%.

On Explosions And Sanctions

After Russia’s invasion of Ukraine on February 24, Bitcoin’s value sank together with other crypto.

In the first day of the occupation, the crypto market plummeted to a total of $1.6 trillion in market capitalization, roughly around 5%. An hour after the war broke, Bitcoin fell by $2,000, to $35,000.

Aside from the crypto industry, stock markets also took a beating during the ongoing crisis, with the Dow Jones Industrial Average dropping by 1.4%.

According to Arcane Research head Bendik Schei, investors are “trying to get out of the ruble” because of its “drastic devaluation after all the sanctions.”

In fact, more crypto users have been moving their assets from Bitcoin to Tether, since the latter is popularized as “stable” as the US dollar.

“This is where they find the most comfort at the moment. Under the current market conditions, I’m not surprised to see investors, at least those in Russia, seeking stablecoins… this is about saving their funds, not investing,” Schei added.

With the diplomatic tensions unfolding, western countries have frozen the assets of Russia’s central bank to make it harder for the country to counter the sanctions’ effects on their economy.

Economists are referring to the “rainy day fund,” which Moscow authorities had admitted to be its safety net for its invasion of Ukraine.

Since the US and European countries directly use international banks to enforce sanctions, Russia is trying to connect with financial institutions willing to deal with them.

Rather than relying on currency reserves to nudge the declining ruble, Russia can no longer access the funds that it keeps in US dollars.–

On Monday, Russia’s economy was already in free fall. The ruble fell to a record low, the central bank increased its benchmark interest rate to 20%, and the stock exchange remained closed.

Crypto As Shield Not Enough

According to cryptocurrency specialists, Russia’s situation is different, with the country having less room to maneuver because of the magnitude of the economic damage and its limited use of digital currencies.

Unlike other nations, Russia has been a long-standing participant in the international economic and financial market.

Around 80% of all foreign exchange transactions in Russia are in US dollars.

Cryptocurrency analysts are now saying that Russia will not be able to avoid sanctions for its invasion of Ukraine only on the basis of cryptocurrencies.

New sanctions against the country’s central bank were announced by the United States, the United Kingdom, the European Union, and Canada on Monday.

The US Treasury now restricts the flow of Russian foreign reserves worth $640 billion.

“It is very difficult to move massive amounts of crypto and convert it to usable currency,” Ari Redbord of TRM Labs, a blockchain intelligence firm, said.

For Russia to be able to extricate itself from the misery of the West’s sanctions, it must do more than just turn to cryptocurrencies and believe it is where it will be safe.