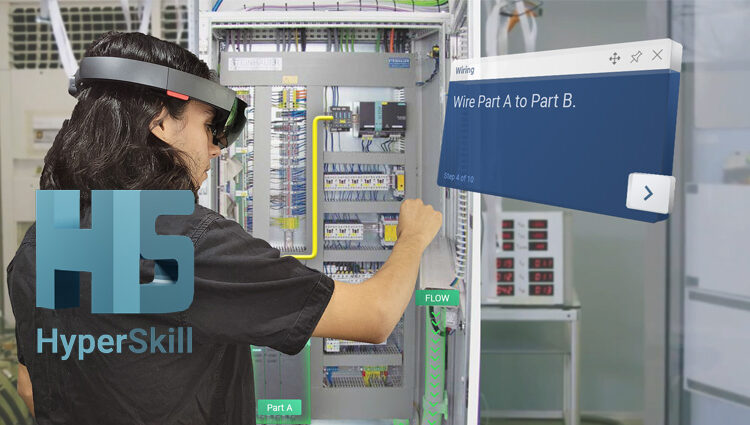 Launching for free on Monday, Hyperskill is available via App Lab, an experimental storefront that does not require official approval from Meta and aims to accelerate VR development cycles.

The publish feature lets developers post their Hyperskill creations on various headsets such as the Meta Quest and Rift, as well as HTC VIVE devices, and also enables cross-platform delivery across MR headsets such as Microsoft HoloLens 2 and Magic Leap.

Additionally, the evaluation stage gives developers essential insights into the performance of individuals and how they interact with Hyperskill-made immersive training software.

This stage contains a powerful xAPI that tracks metrics relating to training software such as head tracking, hand tracking, and video reviews.

The news comes after Dynepic included BUNDLAR, a similar no-code AR software creation suite, on its MOTAR suite of authoring tools for enterprises and industry training.

The developments come as many businesses have already begun using the Hyperskill authoring platform to design in-house immersive training and workplace procedure solutions.

For example, Texas A&M University, Michigan Technological University, and the University of California have all adopted VLab by Hyperskill, a training simulation for material testing in engineering.

In a statement on the Hyperskill website, William Predebon, Professor and JS Endowed Chair of Mechanical Engineering for Michigan Technological University, added,

“Our facility have been developing AR and VR content for use in our mechanical engineering courses at Michigan Tech and it has been a pleasure to work with the SimInsights team and their software platform [Hyperskill]. AR/VR technology has tremendous potential for the future of education and research”

Using the Hyperskill platform, the Advanced Robotics for Manufacturing Institute in Pittsburgh has deployed a VR prototype for assessing its senior on-site workers.

The parent company of Hyperskill, SimInsights, offers a selection of free webinars and resources to help interested developers and businesses harness the powerful authoring platform.