How Does the UX Affect the Future of the Metaverse? 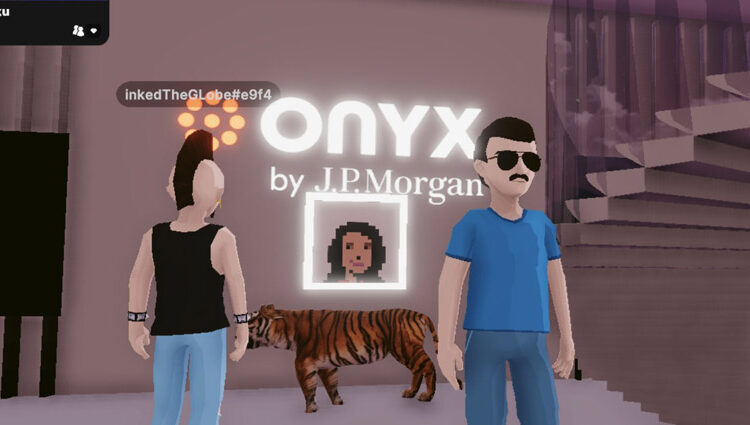 Ripples were sent through the XR community after Christine Moy, JP Morgan’s Global Head of Metaverse, resigned after 18 years of service with the company.

After listing her accomplishments with the massive investment bank, which included launching JP Morgan as the world’s first Metaverse bank and a list of work with cryptocurrencies, blockchain, and decentralised data technologies, the former exec wrote the hashtag #wgmi, or “we’re gonna make it.”

She added that her company’s mission was “to make the Impossible possible” and that her teams “never give up, despite all the challenges of creating something new at a large globally regulated institution.”

In her LinkedIn statement, Moy said,

“The Onyx by J.P. Morgan team is comprised of stars and I look forward to seeing what this next generation will come with. As for my next [world-building] adventure, please stay tuned. I am super excited to share with you what is next!”

The announcement comes just days after the investment giant opened its virtual bank at the Metajuku shopping mall in Decentraland, the world’s largest Metaverse platform, which featured a live interactive tiger and portrait of company chief executive Jamie Dimon.

JP Morgan’s Onyx blockchain division, headed by Moy, was tasked with exploring use cases for the spatial communication platform and released a white paper on its position in February.

According to the enterprise, users had spent roughly $54 billion USD on virtual goods each year, socialised with over 60 billion messages on the Roblox platform, and owned $41 billion in non-fungible tokens (NFTs) globally.

While some visitors to the platform praised the features, others complained that the Metaverse bank had significant problems described by Bo Moon, Chief Business Officer at TWO, as ‘disappointing,” adding he could not “open a JPM virtual bank account or talk to anyone from JPM” on the platform.

The Metaverse experience raises critical questions on the user experience of such platforms, and as firms develop new virtual worlds at an unprecedented scale, they may potentially face major headwinds.

The event saw a huge surge in attendees, with 61,890 people stating they were interested in the massive online event directed by music video director Mark Romanek.

The hotly-anticipated Metaverse experience offered a teaser of Meta’s ambitions to build the Metaverse, namely after artists such as Ariana Grande and Travis Scott debuted on Fortnite.

Jerod Venema, Chief Executive and Co-Founder of LiveSwitch, explained in an article seen by XR Today that the concert faced significant challenges, where only 12,000-13,000 of the over 60,000 attendees could enter the event after the Super Bowl LVI concluded.

The issues and confusing access instructions made matters worse, sparking a flurry of complaints on Twitter, Reddit, and other platforms, Venema added, citing tweets from VoicesOfVR’s Kent Bye.

1/ THREAD covering the @Meta Quest Foo Fighters concert in VR, which had a horrible onboarding experience, the lobby crashed, & LOTS of people could not get in (see responses below).
This pre-recorded concert started at 8:05p but Horizon Venues didn’t even open until 8p & crashed https://t.co/qqgNgQBKh8 pic.twitter.com/JYtCxncP3w

Responding to the snafu, Vivek Sharma, Vice-President of Horizon Worlds for Meta, tweeted to attendees: “Sorry about this. Our teams are working on it–the demand was unprecedented.”

Sorry about this. Our teams are working on it–the demand was unprecedented.

Another showing just started and there are more airing tomorrow. We’re making sure everyone who wants to watch it can get in.

“First, demand from about 60,000 people is nowhere near “unprecedented” scale. Millions watched the Fortnite Ariana Grande tour in August 2021. Second, supporting an audience of millions is only possible if you plan and structure your code and event infrastructure properly. Third, you cannot neglect the user experience when hosting any live event, especially one at massive scale”

‘Shock points’ likely occurred at events with a fixed starting time, leading to large groups of people stuck at the registration or lobby sections of the event. Firms should encourage attendees to enter events early to avoid spikes in user inflows, leading to resource allocation problems, Venema stated.

He added measures such as pre-allocating resources, signalling checks, and content feeds with sub-second time frames would avoid significant event crises that could potentially derail the event’s success.

Venema also urged the XR community to consider the role of the user experience (UX) for virtual events.

“User experience is important for any technology product, but UX is especially vital for virtual events. If we are going to enable an open metaverse that widens access to live performances everywhere, making virtual events easier to attend than in-person ones is the lowest possible bar to clear”

The failed UX for Meta was a learning lesson for the greater XR community, namely as many firms such as Meta, NVIDIA, HTC, Decentraland, and many others host their online events for top-performing artists, art curators, global communities, governments, and content creators.

Despite this, empirical feedback from such incidences will greater prepare immersive tech firms as they develop the single-most bold venture for spatial computing, the Metaverse, in the not-so-distant future.

Bears Tighten Hold On Market, Why Bitcoin Must Close The Week Above $36,000