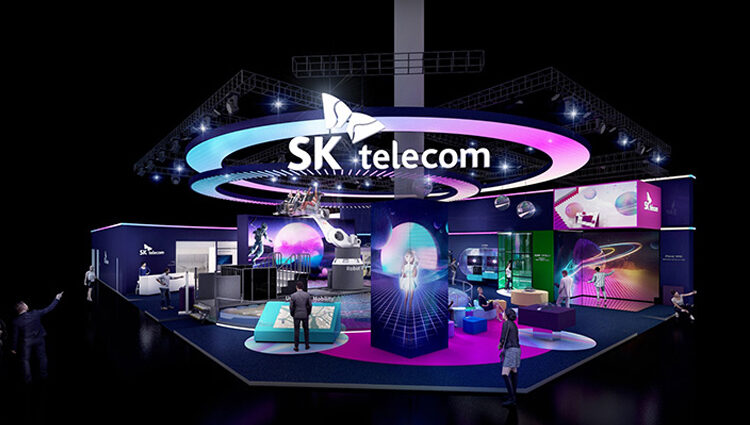 It also plans to reveal a new intelligent infrastructure for urban air mobility (UAM) and public transportation, as well as a theoretical ‘4D’ Metaverse.

“Since commercializing the 5G service in 2019, we have successfully introduced diverse services and technologies including Ifland, AI semiconductor and quantum cryptography technologies that brought revolutionary changes to the market”

What Will SKT Showcase?

Now, at the MWC Barcelona 2022, SKT will debut a version of Ifland on a variety of VR headsets and use a Jump Studio volumetric capture stage to record a K-pop concert for Ifland users.

SKT will also showcase its AI semiconductor chip Sapeon, which enables the superfast transfer of data with massively reduced costs and energy requirements compared to other graphical processing units (GPU).

SKT worked in partnership with SK Hynix and SK Square to develop and fund the project with capital reaching around USD 41.5 million.

The partnership will introduce an integrated communications network model for South Korea’s UAM that includes the public transport methods such as buses, trains, and planes.

Finally, the Seoul-based firm will tease an elusive ‘4D Metaverse’ that takes users on an immersive trip on a giant robotic arm.

MWC Barcelona is a space where technology firms and trailblazers share the latest updates regarding telecommunications technology.

MWC staff are hosting the in-person event at the Fira Gran Via Conference Centre in  Barcelona, Spain from 28 February to 03 March, and those seeking information and tickets can visit here.