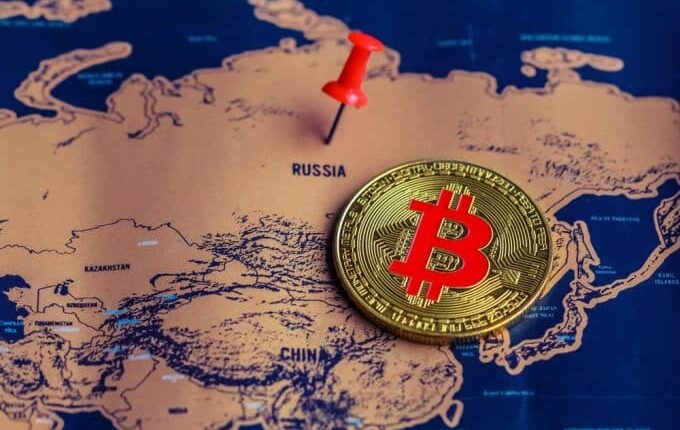 Bitcoin price, in the face of a possible Russian invasion of Ukraine, is shedding 0.7% of its value and is currently trading at $43,352 on Coingecko charts Thursday, retreating from the $47,000 level it hit on January 1.

The world’s most valuable cryptocurrencies are on the decline Thursday as news of a possible military action by Russia on Ukraine sends markets into a tailspin.

Bitcoin is losing 3% of its value as Western jitters about Russian aggression on its neighbor Ukraine have grown higher, and worse than the Nasdaq Composite index’s 0.9% drop last December.

Even though Russia is amassing more than 100,000 troops near the Ukrainian border, some investors refer to the relative calmness of trading during this period of escalating geopolitical tensions.

Russia rejects western warnings of an invasion as “hypocrisy.”

According to BuyBitcoinWorldwide’s volatility index, Bitcoin’s current 30-day volatility is losing 3.35% of its value; it averages 4.56% back in 2021, although it still has not given up all of its gains from lows of $32,950 two weeks ago.

Russia-Ukraine Frictions And Its Impact On Crypto

For his part, US national security adviser Jake Sullivan reiterated his warning of a possible invasion.

Bitcoin and Ethereum fell over 9% to its lowest level in six months as fears of a Russian strike on Ukraine grew.

Globally, the market suffered a drop that extended sell-offs between many investors.

Commotions in the cryptocurrency market were also in a roll as Russia considers banning Bitcoin within their respective grounds.

It’s possible that Russia is being swayed by skepticisms that seem to be sweeping the cryptocurrencies market.

Meanwhile, Russia is reportedly mulling a total ban on Bitcoin mining and trade, according to its central bank’s assessment.

Russia is an important processing hub for Bitcoin transactions because it accounts for around 10% of the world’s mining capacity.

Over the previous 24 hours, the cryptocurrency industry has lost $200 billion in market value. Bitcoin’s total market capitalization is now at $1.8 trillion.

In the current state of affairs, the vast majority of Bitcoin specialists feel that cryptocurrency and the future of the markets are interlinked at this time.

In the wake of recent events, the value of Bitcoin, Ethereum and Cardano have taken quite a beating.

Top 5 Watershed Moments In BTC On-Chain Analysis’ History. Is Your Favorite In?