XRA urges NIST to Include XR in Tech Study 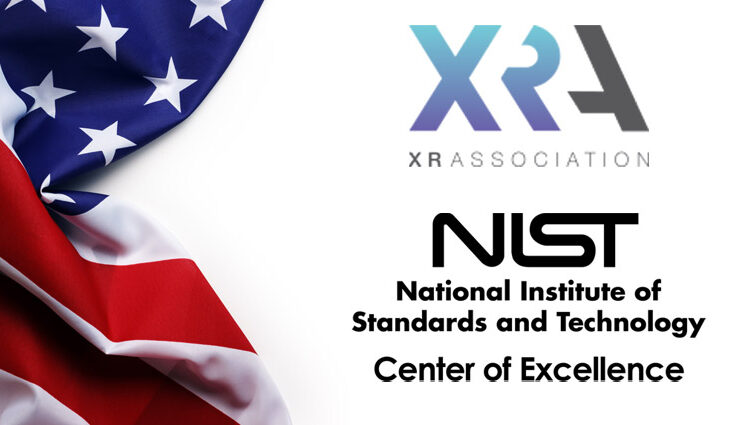 The XR Association (XRA) has submitted its response to a Request for Information from the National Institute of Standards and Technology (NIST), who delivered a study in November on the future tech economy, it announced on Tuesday.

In its reply, the Washington, DC-based organisation urged NIST to consider adding extended reality (XR) technologies such as virtual, augmented, and mixed reality (VR/AR/MR) solutions to future ecosystems of emerging tech such as the internet of things (IoT), artificial intelligence (AI), and others.

It urged industries across the US to acknowledge the interconnected role of XR technologies with other future solutions, stating NIST “would be remiss” if it failed to include XR solutions in its study.

Elizabeth Hyman, Chief Executive and President of the XRA, noted that despite associations with entertainment and gaming, XR had dramatically developed over the past few years and was widely considered to be the next major computing platform, according to industry leaders.

The response cited a report from the Institute for Electrical and Electronics Engineers (IEEE), which stated such interconnectedness between IoT and XR proved to be a “promising exploration.”

The comments come as healthcare and manufacturing enterprises deployed such solutions to weather the ongoing coronavirus pandemic, Hyman explained.

She added that numerous XR technologies were consistent with others used in the NIST study, leading to solutions to tackle supply chain management and climate change, among others.

“In other words, the future technology landscape is an integrated one. Thus, in order for the United States to position itself as the architect of that landscape, we must implement a technology research and development plan that promotes synthesis”

The US XR Industry and Rise of China

The Metaverse, widely hailed as the next computing platform after the internet and smartphone, should position the US “at the forefront of designing and creating it,” she explained, citing Meta CEO and Founder, Mark Zuckerberg, who stated last year the new platform could “unlock a massively larger creative economy […] than what exists today.”

XR technologies would facilitate such ambitions, and firms such as Microsoft, Sony, Valve Index, HTC, Apple, Unity, Google, and others, many of who are associate members of the XRA, had developed massive advancements for the industry.

Previous efforts from economic rival China had been outlined in the Chinese Communist Party’s (CCP) Made in China 2025 programme, along with numerous departments, to add their strategies on building XR while promoting its development with tech centres and industrial parks, she explained.

Hyman also noted allies such as South Korea and Japan, who have already significantly funded efforts to develop nationwide XR projects, from government to commercial, and expand immersive technologies.

The comments come as the organisation, which represents the global XR community and many of its associated companies, groups, and policymakers plan to join panel discussions on entrepreneurship in the Metaverse for the National Entrepreneurship Week.

The XRA will host the event on Microsoft’s AltSpace VR platform and attendees can join using Meta Quest and HTC VIVE headsets, Windows Mixed Reality-capable headsets, or via PCs.

The moves come days after the European Commission’s Antitrust Chief, Margrethe Vestager, called on European officials in February to study the Metaverse to develop the bloc’s regulatory policies.

Regulatory concerns on developing interoperability for XR solutions, as well as ongoing discussions on whether the Metaverse should be built on open-source or proprietary foundations, have continued amid growing concerns for global standards in infrastructure as well as ethics have surfaced in recent months.

XR Today has spoken with members of the XRA on its need to include XR technologies in Congress’ US Innovation and Competition Act (USICA). A further interview with officials from the IEEE outlined how the organisation plans to create global technological standards essential to the sector.

Majority Of Crypto Holders Will Hold Through An 80% Crash, New Survey Shows