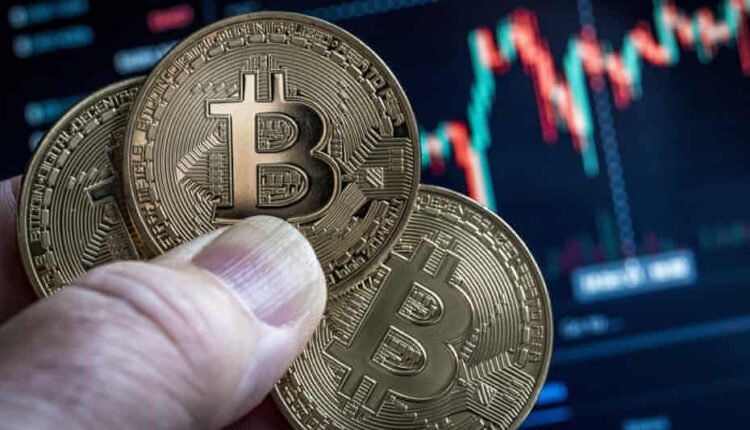 Bitcoin was rejected once more as it approached the mid area around its current levels. The first crypto by market cap has been trending to the upside over the past week but has been unable to break above critical resistance.

One month from now, on March 17th, the U.S. Federal Reserve is expected to possible announced a shift in its monetary policy and to begin its tapering process on their asset purchasing program. In addition, the financial institution could announce a hike in interest rates.

The possible shift in monetary policy has been contributing with the global markets current trend to the downside as investors attempt to price-in the FED’s future action. Bitcoin has been impacted by this risk-off environment, but a lot of uncertainty surrounds the crypto market.

In the first of these scenarios, the market “tightens on its own” to “tame” inflation, as Timmer said, with a potential top in 2023 of 2% in interest rate hikes incremented at 25 bps or 0.25% starting next march. This could be the most bullish scenario for Bitcoin and the rest of the global market.

The U.S. financial institution could operate with a passive approach, and not force the financial sectors to enter a massive selloff. The second scenario seems more aggressive, according to Timmer:

The ongoing inflation news will force the Fed to tighten so many times that it eventually “breaks” something, which will in turn force it to pivot much like it did in 2018 after a 20% sell-off in equities.

The Best Moment To Buy The Bitcoin Dip?

Fidelity’s Director of Macro seems optimistic, at least at the moment. Timmer believes the inflation narrative hasn’t force the FED to take extreme measures, so interest rates could top at around 2% which could be the less painful path for Bitcoin and the global financial sector.

Timmer compared the current macro-economic situation with the tightening cycle of 1994.  During this period, the market wasn’t expecting the FED to hike interest rates and was also surprised when the institution stopped its tightening program. Time will tell if this cycle will be similar.

On the other hand, Jarvis Lab’s Ben Lilly believes there is room for a Bitcoin rally before the FED turn full-on hawkish. Lilly presented two previous scenarios, 2004 and 2015, when the financial institution was about to increase interest rates.

Related Reading | TA: Bitcoin Fails to Test $45K, Why Dips Could Be Attractive

As seen below, in 2004, the Nasdaq index trended higher before a sell-off which, as Lilly said, was a good opportunity to buy the dip. Bitcoin and other cryptocurrencies could follow the same pattern as the market enter a “soft period” on higher rates expectation. Lilly said:

Market went soft in anticipation of higher rates. Do we go bullish until the actual hike takes place in mid-March? Then once the hike happens, and market sells off, will it be the best BTD (Buy the Dip) opportuniry for next couple years?

This Indicator Points To A Bitcoin Bottom, $50K Next Target?