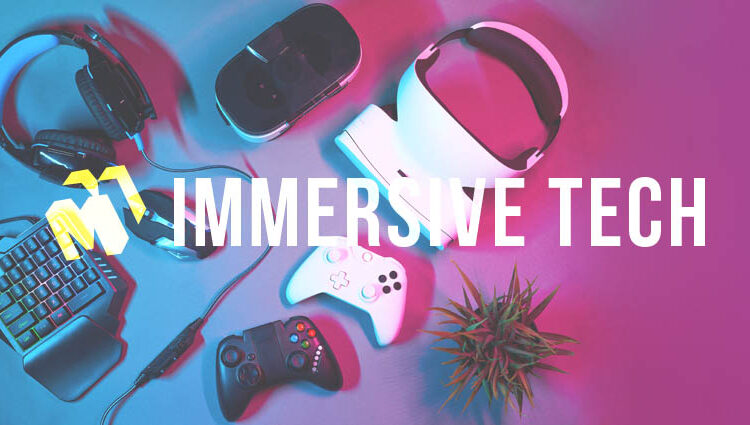 Canada’s XR Immersive Tech announced on Monday its buyout of Synthesis VR Inc had allowed it to fully support its standalone and mobile virtual reality (VR) devices for Android.

How Does Synthesis VR Work?

The solution will also add wireless headset streaming for room-scale and free-roaming gaming on the HTC Focus 3, with additional headsets to follow. The company’s Synthesis AI Engine can also contextualise events to execute automated tasks for operators and gamers.

It also links Android and Windows-based DRM solutions with the platform’s software developer kit to provide content creators with secure management and distribution for headsets.

“We are excited to start 2022 with a product of such importance and to support and drive the growing LBVR industry forward. We work with HMD manufacturers to set open standards and solutions to benefit all parties. This latest solution demonstrates our commitment to innovation and to be a leader in the VR industry as we strive to make our solutions available to all VR devices in the market”

The news comes just ahead of the Vancouver, Canada-based firm’s partnership with world-renowned magician Chris Ramsay for an immersive, Unity-based experience for viewers.

Built an escape room. This is its brain. Twitter do your thing. pic.twitter.com/P3eDu6m4ed

The professional entertainer, who is currently one of the world’s biggest global social media influencers, currently has 6 million YouTube subscribers and over 1 billion views for his content.

Audiences can watch the video and use limited edition experiences with bespoke cards, booklets, and mobile apps available on the Ramsay website, allowing fans to virtually ‘join’ his performances.

Chris Ramsay said in a statement,

“It was amazing working with the Immersive Tech team. They took a vague concept I had around my love of space and technology, and turned it into a complete adventure, with unique interactions and storytelling—right here in my studio. The at-home companion experience serves to give my fans an opportunity to experience some of that adventure for themselves”

The news comes as the firm continues to innovate the rapidly expanding XR entertainment industry, namely after filing patents last week with the Canadian government to develop cutting-edge Metaverse solutions, including a ‘plug and play VR’ tool and ‘Immersive Effects’ system.

According to Bieber, the patented technologies could potentially “maximize the commercial opportunities our technology affords us and for the creation of shareholder value,” he said at the time.