Most Innovative Vendors to Watch in 2022 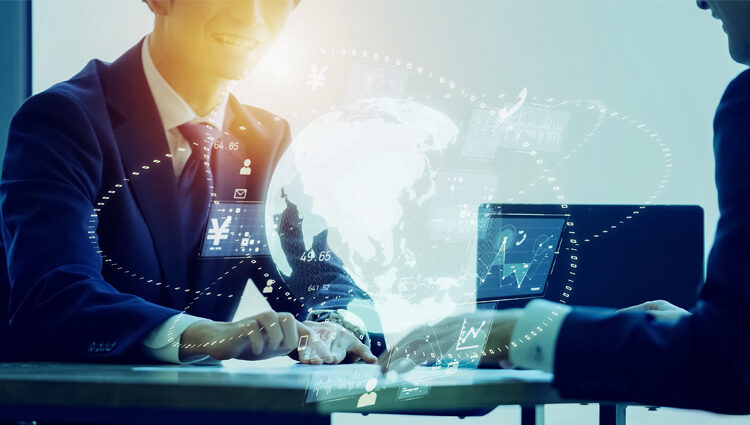 Smart glasses are widely regarded as the next “big thing” for augmented reality. Providing a more immersive way to blend the physical and digital worlds, AR glasses offer unlimited opportunities.

As demand for intelligent glasses continues to grow, the number of companies investing in this landscape is expanding. Brands from Meta, to TCL and Apple are all introducing their own ideas of what AR smart glasses should look like.

So, which vendors should you be watching as you make your way into the augmented landscape?

Here are just some of the most exciting vendors paving the way with market-leading opportunities in AR headsets and hardware.

Meta (previously Facebook) is one of the leading companies generating excitement for the future of AR smart glasses. The company announced plans to field test its sensor-studded and AI-enhanced project “Aria” glasses last year, sparking plenty of conversations about what these amazing new eyepieces might accomplish.

Meta also partnered with BMW to explore the potential impact of driving while wearing smart glasses, to potentially give drivers more intelligent “heads-up display” style content to interact with when they’re behind the wheel.

At present, there aren’t any official announcements or dates set in stone to let us know when the first set of consumer-ready AR glasses from Meta will be available, but most customers are already waiting with bated breath.

Though Microsoft’s focus is on “Mixed Reality” rather than extended reality, the ability to provide immersive headsets which combine the real and digital world gave the company a place in this list.

Most people still refer to the HoloLens 2 as the Microsoft AR headset, though the technology does take things a little further than most basic AR creations.

The HoloLens smart glasses were some of the first head-mounted displays to introduce the world to what new realities could accomplish in the business world.

The ergonomic, untethered, and hands-free headset comes pre-equipped with enterprise-ready applications for collaboration, productivity, and communication. As Microsoft’s MR investments continue, we’re excited to see what they do next.

Another company taking the AR smart glasses landscape to the next level with “MR”, HTC Vive offers the “Flow” headset.

These lightweight and immersive glasses offer an excellent insight into how extended reality could be the future to ensuring wellness and wellbeing in the workplace, by allowing people to access the spaces they need most, wherever they are.

VIVE’s Flow headset is the most lightweight of the products offered by the company so far, and it folds down like a set of regular sunglasses or eyeglasses.

The Flow headset is likely to be very close to what most people imagine when they hear the term “AR smart glasses”. It’ll be interesting to see where these products go now.

Magic Leap’s initial foray into the world of AR and MR technology didn’t quite hit the mark, but that hasn’t stopped the company from coming back bigger and better than ever.

With a new round of funding and a brand-new vision, the company is introducing the Magic Leap 2 headset, a new generation of AR technology for the modern world.

According to the brand, the Magic Leap 2 will be the industry’s smallest, lightest, and most comfortable device built specifically for the enterprise.

This headset will also come with the largest field of view, and dimming, to help with use in brightly lit settings. With its new focus on the enterprise, Magic Leap is ready to take the AR world by storm.

Apple has been teasing the arrival of its impending AR and VR headsets for some time now, suggesting mixed reality technology will be one of the first solutions to hit the market in 2022.

It makes sense Apple would want to get involved with this rapidly growing landscape, as the demand for immersive technology continues to skyrocket.

According to the limited information available about Apple’s AR glasses, the technology will allow users to access their smartphone technology like never before.

Offering immediate access to everything from dedicated apps to communication tools, these glasses could change the way we interact with information on the move.

Don’t let Google’s initial failure with AR glasses distract you from the potential of the company. With endless funding and plenty of innovation to tap into, Google’s future AR glasses could be an incredible offering. Google announced its intention to tackle the metaverse and the evolving digital landscape with a new set of smart glasses in 2021.

Recently, Google purchased “North”, a smart glasses company. Although information about the impending glasses from Google remains scarce, it seems likely the brand will want to go all-out to avoid a similar failure to the original Google Glass offering.

One of the better-known companies in the technology landscape today, Lenovo is now making its mark on the AR world too. The company introduced a set of smart glasses specifically created for the enterprise environment. These comfortable and portable glasses are called the “ThinkReality A3”, and they allow customers to create a custom personal workspace wherever they choose.

Lenovo’s smart glasses encourage better collaboration and productivity in a world where users can access all the information they need to make intelligent decisions in seconds.

The glasses can also be adapted to a range of environments and users, with various nosepieces and ear horn extensions intended to deliver better levels of comfort.

The sleek and sophisticated glasses provide users with access to a range of apps and tools to help them traverse the metaverse. You can operate the glasses hands-free, access personal training programs, and enjoy a powerful 43-degree field of vision too.

As Meta continues to generate excitement for the metaverse, ThirdEye could be just one of many companies creating new AR smart glasses specifically to support users in this environment.

Ethereum Looks Ready For Another Leg Higher Over $3,200