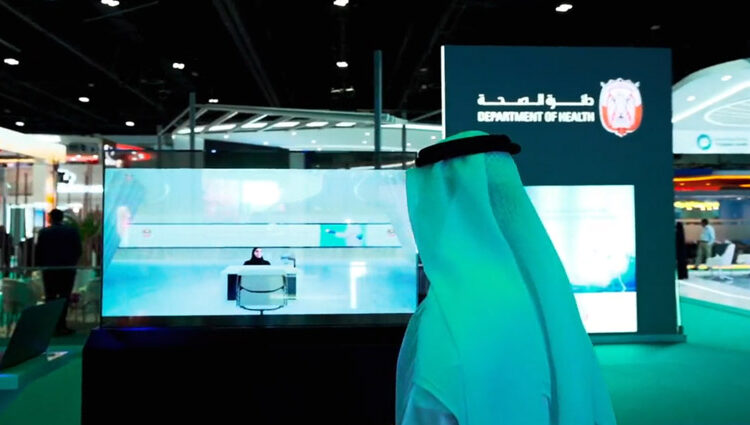 Dubai’s Ministry of Health and Prevention (MOHAP) is the latest organisation to tap the Metaverse for future technologies aimed at improving the lives of its citizens, the Khaleej Times reported on Tuesday.

Ready to explore the digital space? Customers’ journey is becoming 3 dimensional with our ‘Metaverse’ project. Together we will design a reality out of the visual world. #MOHAP #ArabHealth #ArabHealth2022 #Metaverse pic.twitter.com/UflNUDmnfU

Unveiled at the Arab Health and Medlab Middle East Exhibition and Congress 2022, visitors could join the immersive care centre—the first in the world—to speak directly with real employees.

“The UAE has been a pioneer in accelerating innovation in all vital sectors, including health, while the ministry of health was one of the leading and active authorities in the Fourth Industrial Revolution technologies, which focus on artificial intelligence, blockchain, virtual and augmented reality”

Speaking further, Dr Muhammad Salim al-Olama, Emirates Health Services Undersecretary of the Ministry and Chairman of the Board of Directors, echoed the comments, stating the world-first platform would facilitate “innovations in the health field.”

He said as quoted by the Khaleej Times,

He added the Ministry aimed to expand its numerous services on the Metaverse platform in an effort to boost care and quality of life options for nationals.

In a statement to the Times, Ali Al-Ajmi, MOHAP Director of the Digital Health Department, added the new platform would “be present virtually to assist the customer” and was part of the government’s national digitalisation agenda aimed at reducing visits to physical happiness centres.

The cross-platform virtual space was simple to access using mobiles, laptops, and PCs, and users can scan their faces using onboard tools to create their own avatars, he concluded.

The news comes as multiple organisations and institutions adopt XR solutions to improve the quality of medical care for patients, namely amid the ongoing COVID-19 pandemic.

ThirdEye, one of the world’s top providers of mixed reality (MR) enterprise smart glasses, announced this week that it had partnered with Pennsylvania’s Crozer Health to deploy X2 headsets for first responders deployed to patients.

US tech firm Magic Leap also targeted numerous partners in the medical industry to deploy and develop future Magic Leap 2 headsets being trialled in the sector, according to Bloomberg reports.

Several key medical firms such as BrainLab,m SentiAR, SyncThink, and Heru have teamed up to promote and improve Magic Leap’s ecosystem and suite of apps.

London’s Queen Mary University also became the first British university, as well as one of the first in the world, to host lectures in the Metaverse in an innovative new initiative pushed by the institution.

Ethereum Leaves ETH 2.0 In The Past In New Roadmap Rebrand