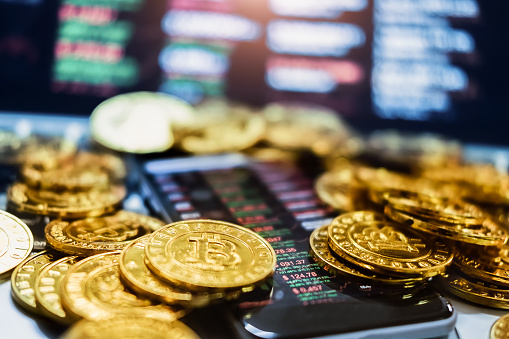 Crowdfunding has been around for some time now, and although it has been a hard time for some projects to gain funds, bitcoin could be the answer.

Let’s look at the root of the troubles and how crypto could potentially address them.

The In’s and Outs…

Crowdfunding is a practice where you can donate money – including cryptocurrencies such as Bitcoin, Litecoin, and more cryptocurrencies – to projects, associations or people to develop ideas. It is a very powerful mechanism and tool for innovation and supporting social enterprises. Different platforms, such as Kickstarter and Indiegogo have not taken their foot off the brakes; the web 2.0 crowdfunding movement, which has led to the creation of several billion-dollar tech startups, like Oculus, and raised millions of dollars for thousands of causes, is ripe for development.

Crypto crowdfunding has the potential to be a network that connects people and their ideas. Today, crowdfunding is dramatically narrowed by its reliance on legacy finance, which limits the vast majority of the world from accessing it. Although this is good in theory, and has worked thus far, the major issue is the reliance on the legacy financial infrastructure, that is not only costly but globally fragmented.

Most crowdfunding platforms are only found in 30 countries. To date, the costs of operating crowdfunding in this network are very high, due to the many mediating third parties involved. The average crowdfunding platform charges a 7% fee per successful project. Could crypto’s aggressive transaction fees beat out traditional competitors?

Crowdfunding & Crypto: A Pair Of Aces…

Many platforms have had a hard time with the tight reliance of legacy financial infrastructure; this has made some crowdfunding platforms move over to the “web 3.0” model.

One big example is Kickstarter, who has decided to move from its reliance on Stripe to creating its own crowdfunding protocol on other blockchains. This may make sense for equity-based crowdfunding, which can enable the platform and it’s users to invest in new companies and their ideas.

A prime example of these worlds coming together was just last year with Bitcoin Smiles, which raised roughly 1.8 BTC. Bitcoin Smiles was an initiative aiming to raise funds and provide free dental care to impoverished people living in rural areas of El Salvador. Another project that can be used as an example is Kivéclair, a development project that educates people about bitcoin in the Democratic Republic of the Congo.

Although these are only few examples of early crowdfunding in crypto, these do provide a valid source and hope that bitcoin can still rally through its community of caring bulls and bears.

Related Reading | Bitcoin Millionaires Are Flocking To This North American Tax Haven. But What Do The Locals Think?

Bitcoin Dives Below $40K, Why Bulls Could Struggle In Near Term