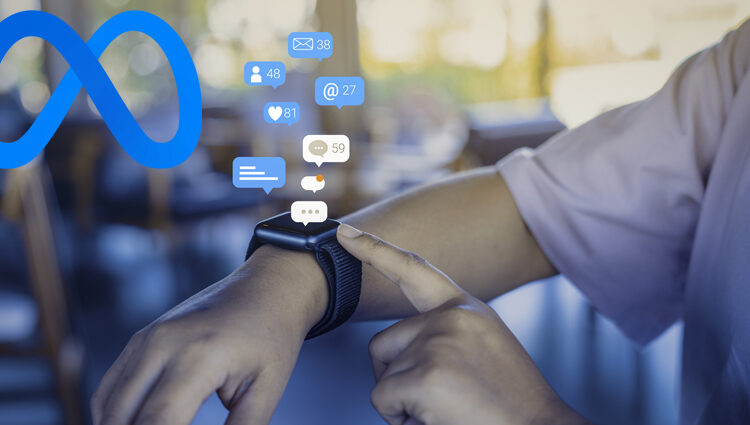 Newly-branded extended reality (XR) firm Meta has confirmed it is planning to release an XR ready smartwatch in the summer of 2022.

Originally leaked in October 2021, the upcoming smartwatch will be available with square and circular designs and will run augmented and virtual reality (AR/VR) apps.

Additionally, Meta’s upcoming device will come with two outward-facing cameras to support XR content, which customers can use to capture and share memories on the go.

remember when I said FB/Meta was working on a smartwatch for this year with a detachable display/cameras? here are mockups of said thing from a patent application published today by Meta’s head of tech engineering, who was previously a VP at GoPro pic.twitter.com/2MYF0zPsb0

The news comes after Meta filed a patent with the World Intellectual Property Organisation (WIPO) for the XR-ready smartwatch back in June last year.

On January 13, the WIPO later approved Meta’s 49-page patent documentation for its “detachable camera block for a wearable device.”

Despite its small size, Meta plans to pack a ton of hardware and software features into the upcoming wearable, and future adopters will be able to connect Meta’s XR smartwatch to AR/VR devices so that they can enjoy immersive experiences and apps.

To access each lens mode, future adopters will be able to swap out the smartwatch’s touch display via a built-in magnetic watch face, allowing users to choose from different displays with a variety of camera functions.

Additionally, the intuitive display can rotate on a 270-degree axis for easy interaction no matter the angle. Also, wearers can use the rotating display to choose their lens mode.

Other confirmed features include a microphone for audio calls, 2D-application support, biometrics, and of course timekeeping.

Why Ethereum At Risk of Fresh Decline, $3,200 Holds The Key