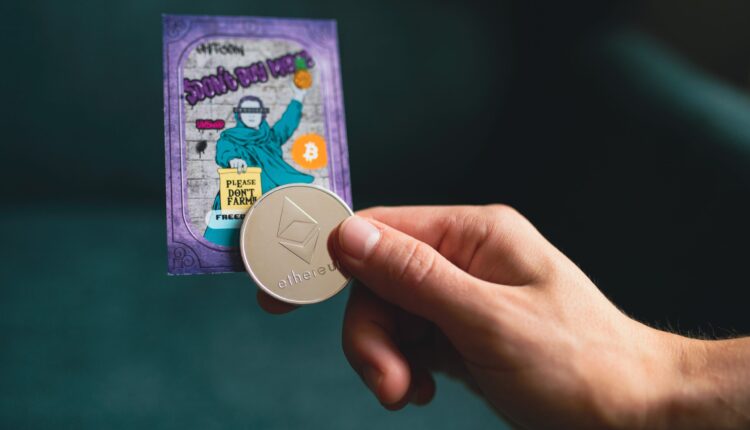 NFTs existed prior to 2021, but it was last year that digital art exploded in the blockchain space, and digital artists shone in the NFT spotlight. While the crypto world became an exciting place to be, a new generation of NFT artists entered the world’s largest artistic movement to date.

Crypto investors are having a difficult time in January 2022, as the price of Bitcoin (BTC) and other cryptocurrencies continues to fluctuate wildly. Some have blamed the drop on the Federal Reserve’s recent announcement of additional rate hikes, as well as political unrest in Kazakhstan, which drastically reduced Bitcoin’s hash rate. The price of Bitcoin fell below $42,000 on January 14 as traders hoped for bullish signals.

It appears that while the crypto market continues to struggle, the NFT space  is witnessing incredible surge in trading volumes and interest.

A new report has shown that NFT and GameFi transactions continued to rise despite falling crypto prices. The report by Dappradar noted that “the number of UAW connected to Ethereum NFT DApps has grown by 43% since Q3 2021,” according to the research. The money generated by NFT trading increased from $10.7 billion in Q3 2021 to $11.9 billion in the first ten days of 2022, according to the research. This rise could also be attributed to recent advancements in the NFT arena, such as the establishment of the LooksRare marketplace.

“Blockchain games continue to be widely used,” according to the report, noting that they “represent 52% of the industry’s usage.” The case for blockchain games to continue developing during 2022 has been enhanced by expanding metaverse technologies and the growing success of the play-to-earn model.

Data from Dune Analytics revealed OpenSea, the leading NFT marketplace, generated approximately $2.7 billion in volume in the first half of January, on track to beat the $3.4 billion high it set in August.

OpenSea had its highest single-day volume of $261 million dollars on January 9. So far in January, OpenSea has surpassed $150 million in trade volume on a daily basis.

Mason Nystrom, a senior research analyst at Messari, believes the NFT market is in a better position than recent cryptocurrency price moves suggest.

“The cryptomarkets are fairly correlated – the market tends to rise and fall with Bitcoin. This has made it surprisingly interesting over the recent downturn as the NFT market has continued to increase in volumes. OpenSea has recorded $2.3 billion in NFT volume in January so far, on pace to break its monthly volume record if volumes continue.”

During this market downturn, Chinese consumers have shown a growing interest in NFTs and blockchain gaming, which aligns with recent Chinese announcements that the government will begin building its own non-crypto NFT. “China is now the country with the most extensive user base…increasing 166 percent from the numbers registered in November,” according to DappRadar’s research.

Despite the near-term volatility that NFTs may experience as a result of current market conditions, the nature of these digital assets may lead to a decoupling of prices within crypto marketplaces.

Despite the fact that the United States is currently ranked second in terms of overall traffic, the country added 175,000 new members to the NFT ecosystem, representing a 38 percent increase. This is due in part to a rise in interest among younger audiences, as Millennials and Generation Z begin to account for a larger share of traffic.

Will Tarantino Be Able To Sell The Pulp Fiction NFTs? Or Will Miramax Prevail?

A New NFT Marketplace For Science And Tech IP…