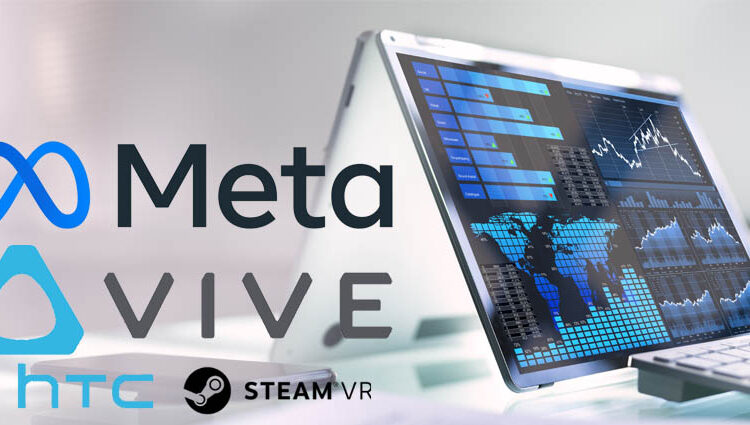 After Christmas last year, reports have emerged showing the holiday period was a great success for Meta’s lineup of virtual reality (VR) headsets and hardware.

Steam, Valve Software’s popular online storefront for distributing PCVR experiences, video games, and desktop applications, released a December 2021 survey that found the Meta Quest 2 was the most popular headset compatible on its platform.

The news comes after a June survey the same year noted the Meta Quest 2, formerly Oculus Quest 2, made up roughly 31 percent of the SteamVR userbase, or an increase of 0.95 percent.

In addition, the December survey also found Valve’s own Index VR headset came second in the rankings at 15.79 percent – less than half of SteamVR Meta Quest 2 users.

Meta’s smartphone app used to assist with Quest 2 onboarding, first-time set-up, and device management, also rose to the top of Apple’s storefront over the Christmas period.

Conversely, on the Google Playstore, the official Oculus app sits at just 100th place and the official Sidequest application also did not receive a large number of downloads.

Improving the PC-VR Experience with the Meta Quest 2

Initially, Meta designed its Quest 2 headset as a mobile device to accommodate purpose-built and optimised VR experiences and holds top-selling video game titles such as The Walking Dead: Saints and Sinners, Resident Evil 4, and Population: One.

On top of this, the Menlo Park-based firm is designing new and innovative ways for Quest 2 users to enjoy VR immersive experiences.

Last year, Meta debuted ‘Airlink,’ a feature that enables users to stream PC-VR applications wirelessly to Quest 2 headsets, creating a popular way of enjoying VR experiences on the Meta Quest 2 thanks to its streamlined setup and low-latency performance.

By using Airlink with SteamVR, a user can enjoy any PC-VR application without needing to buy an expensive headset, making the Meta Quest 2 an affordable and accessible entry into the PC-VR sector.

The firm is also designing distribution methods for augmented and mixed reality (AR/MR) experiences via the App Lab platform.

The increased storage space arrived just in time for Meta’s groundbreaking Horizon Worlds platform, which debuted late last year in the US ahead of the Christmas season.

Meta initially revealed Horizon: Worlds at the 2021 Connect Event, where the firm announced its transition from a social media to a Metaverse company and rebranded from Facebook to Meta.