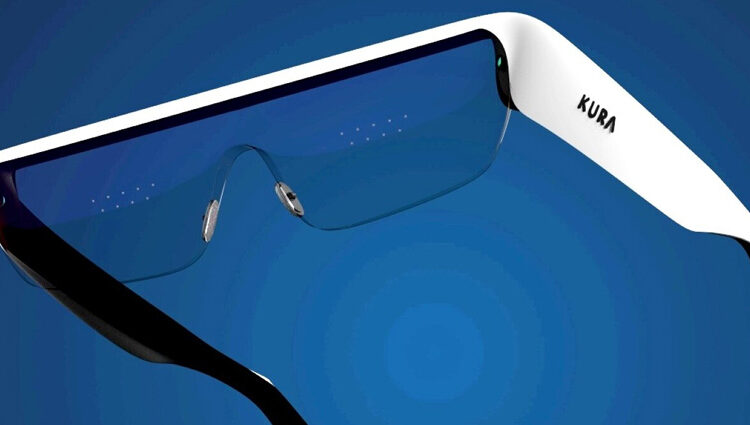 Kelly Peng, Company Chief Executive, announced the news CES 2022 had honoured the firm with an Innovation Award for creating one of the sector’s top-performing AR smart glasses. According to reports, the CES Innovation Awards received over 1,800 submissions – a record high for the event.

The Kura Gallium surpasses rival AR headsets with a 150-degree field of view (FoV), 95 percent transparency to seamlessly superimpose images on the real world, a compact, 80g form factor, as well as an 8K resolution and brightness 100 times that of competitors.

Rivals have comparatively reached 52 degrees of FoV, 25 percent transparency, and a fraction of brightness, respectively, according to figures from the firm.

Kura also achieved hardware advancements for its flagship device with proprietary designs, leading to an included a full-colour MicroLED display, a custom MicroLED display driver for an application-specific integrated circuit (ASIC), as well as custom pinhole waveguides, the company said.

“We are extremely impressed with Kelly as a technologist and Kura as a technology breakthrough startup for augmented reality, a market we see with prospectively the largest growth potential on the semiconductor horizon. Their industry-first advances in performance directly address today’s biggest challenges to AR’s mass adoption”

The news comes after Silicon Catalyst, the only semiconductor startup incubator in the world, accepted Kura Technologies for its programme. Kura Technologies hosts a roster of prestigious Massachusetts Institute of Technology (MIT) graduates among over half of its leadership.

Bitcoin Gets Fresh Start After Flush Of Options Open Interest