Media and Entertainment in the Metaverse: The Future is Already Here 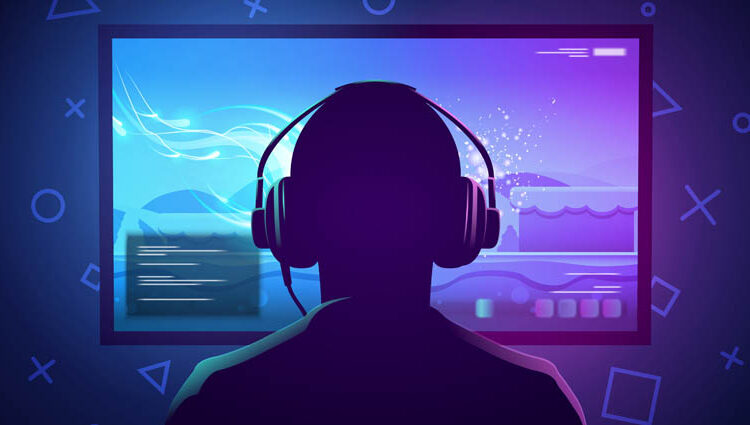 Virtual reality entertainment events with massive crowds of 3D avatars are no longer a futuristic notion. In April 2020, Travis Scott held a concert in Fortnite’s immersive surroundings, opening to an audience of 12.3 million concurrent players.

The trend owes, in part, to the COVID-19 pandemic and restrictions on large, in-person gatherings. But as we gear up for a potential metaverse sometime in the next few years, VR entertainment takes on a new momentum.

Media and entertainment experiences in the metaverse will no longer be standalone affairs, almost like a live webinar or VR app service.

Instead, there will be a converged world of interoperable spaces where users can choose from multiple entertainment venues, events, and services as per their preference.

The metaverse can be described as a unified space that integrates multiple virtual worlds into a single, interoperable location that can be accessed by many concurrent users.

In sci-fi speak, it is a virtual replica of our real world with shocking verisimilitude but aided by conveniences such as teleportation, content projection, and infinite appearance customisation.

In terms of technology, the metaverse uses AI, blockchain, virtual reality, mixed reality, and advanced IoT technology to help users perceive and interact with virtual entities as if they were real.

It is easy to imagine the myriad implications for the entertainment industry.

In a way, the metaverse could be seen as an entertainment experience unto itself, at least in its early iterations. The very fact that users can exit the physical world and engage with unfamiliar yet acutely familiar surroundings is entertaining.

Providers must build on these core capabilities of the metaverse to deliver content that captures and retains user attention.

As media and entertainment companies explore possibilities inside the metaverse, there are three key use cases to remember.

This one is a no-brainer. Theme parks and amusements parks are prime candidates for VR as they are costly to build in the real world, but can be efficiently and safely executed in virtual reality.

Theme parks have also struggled with location as it is difficult for visitors to travel long distances for the experience if they are not local residents.

The metaverse could enable complex parks that can defy the laws of physics, invite visitors from around the world, and rapidly innovate without added costs.

Sports betting could be an incredibly profitable application of the metaverse for media and entertainment. VR would allow betters to observe the game from close quarters and make better decisions.

Betting is also driven by peer networks, which is ideal for the quintessentially social nature of metaverse experiences. And, the metaverse also comes with its own crypto wallet.

All of this makes competitive entertainment an excellent fit for the metaverse.

3. Concerts inside the metaverse

As we mentioned, the idea of virtual concerts isn’t new and leading artists have turned to this technology to counter the losses during COVID-19.

It will drive greater visibility and flexibility for the user while ensuring predictable audiences for artists.

There’s a reason why media and entertainment use cases in the metaverse are so viable. Some of the key phenomena from media psychology perfectly explain why users might be interested in the metaverse in the first place.

One of these is the phenomenon of psychovisualisation, which suggests that the human brain cannot distinguish between virtual and actual reality, and our consciousness and perception will always lead us to accept the virtual as “real” even when we know otherwise. The study of synesthetics also explains how multiple sensory experiences can create a deep cumulative impact in the audience.

Through media psychology, one can also understand the science behind habit-forming behaviour, emotion, and the capacity of emotions to influence behaviours.

All of these determine how users interact with virtual or digital entities, and why they are eager to do so. A recent survey found that not only is content streaming hugely popular (96%), but also that 84% of viewers would interact with the content if it were possible. More than 50% would pay for these interactions.

Ultimately, the metaverse fulfils our core human desire to connect with a community, find commonality, and have shared experiences. As a result, the impact of media and entertainment is substantially heightened in the metaverse.

The future of VR entertainment is already here, and several companies are investing heavily into bringing similar (or better) experiences to the metaverse.

As these trends develop further, entertainment will be among the key reasons why early users adopt metaverse technology in the first place. Watch this space for more updates.

Ethereum Plunges 5%, Can Buyers Save The Key $3.5K Support