What Is Project Cambria? A Bigger, Badder Oculus Variant in the Works 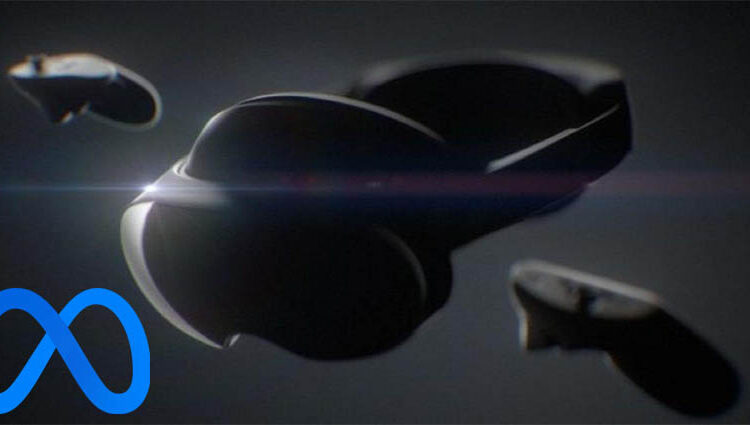 Amid all the future projections about Facebook’s rebranding as Meta and a potential metaverse, the company has quietly snuck in a more concrete announcement.

At the Connect 2021 conference, Meta debuted early renditions of a new VR headset that currently goes under the codename Project Cambria.

Limited to a little more than blurry but inspiring visuals, Project Cambria premises to be the next generation of VR headsets from Meta, under its new Meta Quest branding.

What does the Cambria variant of VR headsets have to offer? When will it hit the shelves, and how much will it cost? Here’s what we know about the social media giant’s latest step towards building a unified, universal metaverse.

Project Cambria can be defined as a premium virtual reality headset from Meta that will also feature mixed reality capabilities.

According to CEO Mark Zuckerberg’s speech at Connect 2021, Cambria headset(s) will bring features never seen before in existing Oculus variants.

Specifically, the device will enable incredibly immersive experiences, akin to the promise of the metaverse, which allows intuitive communication via facial expressions, reconstruction of objects in mixed reality, lifelike avatars, and more.

You could also expect full-body tracking capabilities, so you can better control and interact with your virtual surroundings.

Now, this is a major leap from Oculus headsets, despite several major advancements across Oculus Quest and Quest 2. It has been over a year since the Quest 2 was launched in October 2020, so it makes sense that Meta is working on a new variant.

What’s impressive is how much technology it has managed to pack into a seemingly ergonomic form factor.

As the early renditions suggest, the Cambria headset(s) will be more comfortable to wear over prolonged periods of time, easier to control, and significantly more portable.

With so much going on under the hood, we can expect flagship-grade pricing unlike the Quest 2.

While there is no spec sheet or official model rendition out yet, there are several features we have been able to glean from the Connect 2021 demo and speech:

Right before Connect, a few leaked renditions suggested that there is an Oculus Quest pro variant in the making. These depicted a dark coloured headset with full-body tracking – almost like the new Project Cambria rendition.

Also, Oculus headsets are typically code-named with a California location prior to launch, with the Oculus Quest gen 1 debuting as Project Santa Cruz. Cambria, also a US town in the state of California, fits this naming convention.

However, given that Meta is moving away from the Oculus branding and the fact that Oculus is known for its affordable, entry-level devices, Project Cambria probably refers to a different device.

Meta and Apple seem to be going head-to-head in the projected premium VR space. It’s only in the last few years that the VR headset industry has matured enough to merit investments in consumer-grade premium devices, and this is also a result of the pandemic.

For comparison, industry rumours suggest that Apple is working on a VR+AR headset weighing approximately 150 grams, heavily relying on fabric materials. Codenamed N301, Apple’s competing headset could have eye-tracking technology like Cambria and could cost as much as $3000.

More details, including the launch date, will be out next year. Incidentally, an Oculus Quest Pro device could also arrive in 2022, with Apple’s competing device tentatively slated for an early-2023 launch.

How Ethereum 2.0 One-Year Stats Stack Up