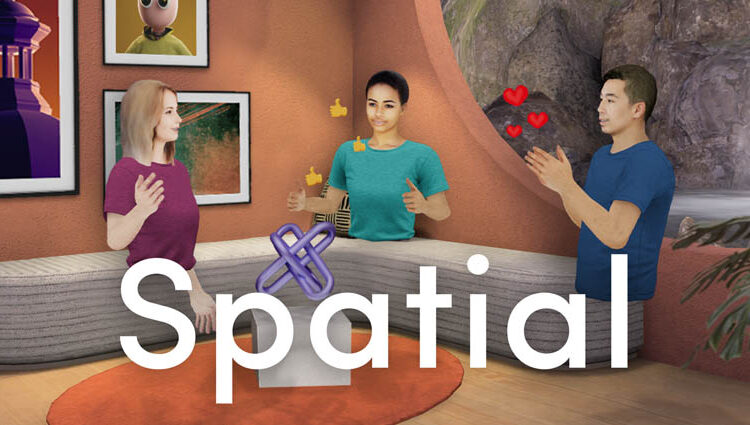 Spatial, a firm specialising in virtual and augmented reality virtual spaces, is set to launch its Bozo Island immersive NFT space on Thursday, the company said in a statement this week.

The news comes amid announcements it had rebranded as a Metaverse firm with a new website and would focus on hosting non-fungible tokens (NFTs) and tools to host creative content on the Metaverse.

Museo, the very first environment NFT in our Genesis drop, designed by @Polycount_io, and built for an open metaverse, sold out in a wild 13 minutes. This is just the beginning!https://t.co/Jz6oD3lU9W pic.twitter.com/Vy8W8M2uI6

Jacob Loewenstein, Head of Business for Spatial, said in a statement his company had shifted from an AR/VR platform for “enterprise productivity” to building a “web/VR platform linking digital creators and the broader NFT economy.”

“Why? Because the metaverse will be far beyond a meeting space. We’re witnessing this trend in the creator economy from the inside and can see the huge opportunity as power moves into the hands of these creators”

Auto Gallery to bring NFTs with MetaMask integration and other content, allowing Spatial or individual users to curate their digital content.

‘Obsidi‍an’ NFT Gallery offers a unique digital NFT artspace for users, who can align creations on walls “in any custom environment.”

Performance Boost loads larger models to Spatial environments twice as fast and provides space for “double the number” of participants at the same time.

Spatial Park provides users with an aesthetically pleasing meeting space with rooms and a “rotation of art.” Hosts can also block and report troublemakers using the environment’s Moderation feature.

Spatial Home takes users to a bespoke environment before and after travelling to the Metaverse. Users can customise the space and invite friends, or use it for private meditation when needed.

STUNNING metaverse environment created by @Polycount_io X @spatialxr. Love how I can now curate my own personal exhibit – need time to do it justice!

The news comes after the company earned $25 million USD in a round of funding, which included investors such as Pine Venture Partners, Korea Investment Partners, and Maven Growth Partners. To date, the company has raised a total of $50 million to build Metaverse solutions for hosting events and “brand experiences” in the digital space.

Spatial is one of many tech firms in recent months to shift to the Metaverse, namely after Facebook announced at its Connect Event in late October it had rebranded to Meta to reflect its ambitions as well as launch a suite of new platforms and tools.

Nike was the latest retailer to adopt similar technologies after it acquired NFT developer RTFKT to launch a product lineup of NFT-backed footwear, just weeks after launching its NIKELAND fitness Metaverse environment for kids and adults with Metaverse firm Roblox.

Canadian AR firm NextechAR also pivoted to becoming a Metaverse firm following a series of acquisitions, which included British spatial mapping firm ARWay, as it opened its ARitize studio for firms seeking solutions for 3D, AR-backed content as well as to develop ‘mini-Metaverses.’

What is Meta’s Presence Platform and How Does it Work?