Blockchain and the Metaverse: The Future of Web3? 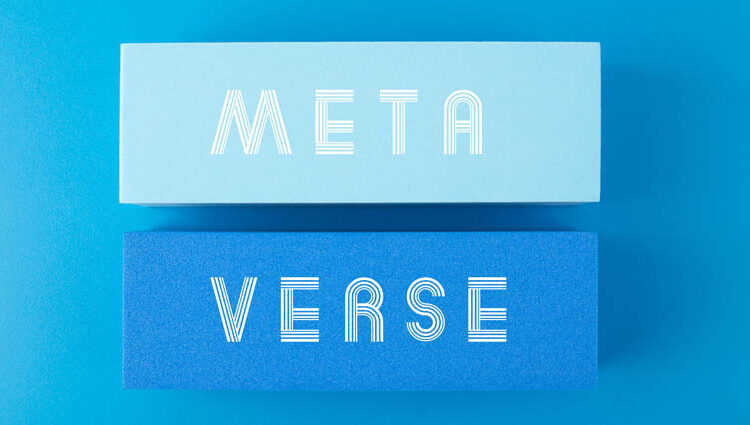 The blockchain and the Metaverse have become increasingly intertwined in the Web3 space. Blockchain technologies, non-fungible tokens (NFTs), and cryptocurrencies have become hot topics over the last few years. NFTs are digital assets assigned to a blockchain to verify and validate their identity.

According to a Security.org survey, NFT familiarity had skyrocketed since 2021, with just 7 percent of US citizens remaining unaware of NFTs in 2022 compared to two-thirds of people the previous year.

Despite just 4 percent of US adults owning NFTs, participation doubled from 2021 to 2022. Additionally, 7 percent of non-NFT holders stated they would purchase over the next 12 months, or roughly 16.3 million people. 15 percent of respondents said they thought NFTs were worthwhile investments.

A further Deloitte survey found 76 percent of respondents stated digital assets such as cryptocurrencies could become a major alternative for fiat currencies, replacing the latter over the next decade.

Blockchain and the Metaverse: A Regulatory Framework?

Recent interest in the Metaverse spiked after Facebook rebranded to Meta Platforms at the Connect 2021 event in October last year. Additional platforms such as Decentraland, the Sandbox, Somnium Space, and many others also have seen sharp increases in public interest.

Organisations have also begun building standards and greater use cases for the blockchain. Groups like the Blockchain Association, XR Association, and several governments have joined formed efforts to set standards, ethics, and frameworks for using the blockchain in people’s interests.

This is expected to reshape the global immersive industry, despite the uncertainty of cryptocurrencies over the last few months. Although platform exchanges such as FTX, Celsius, and Voyager have filed for bankruptcy due to fraud and unstable markets, the rise of digital Web3 assets is set to continue.

The blockchain has seen a rapidly expanding number of use cases since its debut in October 2008. Cryptographic technology is a distributed ledger with a growing list of records (blocks) linked with encrypted data. Both digital and real-world assets can link to blockchain for seamless record-keeping.

Records can include the time of arrival, name, date, modification, transactions, or any data set needed to identify an item. The primary benefit of the technology is that it remains immutable and immune to fraud. This is due to its end-to-end encryption, transparency, and peer-to-peer (P2P) network properties.

Blockchain technologies can apply to an infinite number of use cases such as sharing healthcare, logistics, financial, music royalty, and other data sets. However, it is mainly used to date for cryptocurrencies, or decentralised digital currencies linked to the blockchain and traded online.

Some of the world’s biggest cryptocurrencies include Bitcoin (BNB), Ether (ETH), and Decentraland’s native token, MANA.

The Blockchain and the Metaverse

The Metaverse, the next stage of computing combining the Internet and spatial computing, will allow users to interact in virtual environments with digital assets. The Metaverse will remain persistent, in real-time, and according to consensus, interoperable and decentralised.

Cryptocurrencies can potentially monetise interactions in the Metaverse, namely via buying and selling digital assets, NFTs, real-world goods, and other interoperable digital items across platforms.

The decentralised nature of the future metaverse would prevent individuals or groups from owning and controlling the platform. Protocols, technologies, and global standards will ensure decentralisation.

The Metaverse would extend to the physical world with augmented and mixed reality (AR/MR) technologies, including headsets, tablets, and smartphones. The blockchain would provide an infinite number of combinations assigned to interchangeably physical and digital (phygital) content.

Example Use Cases for Blockchain and the Metaverse

Several of the most promising current and future use cases for Blockchain in the Metaverse include:

Users can join play-to-earn (P2E) gaming platforms to earn crypto, NFTs, and other digital assets for buying, selling, and trading. People could then trade in their coins for fiat currencies and conversely.

Players could also transfer their digital assets to other platforms. This allows for saving off custodial (centralised) assets to self-custodial (owned by the users) ones.

Additionally, organisations like Interpol have employed similar technologies to develop training and learning metaverses for employees.

In the future, people may access their unique digital footprints with blockchain data linked to interoperable avatars. This will become crucial for creating a Metaverse for conducting real-world transactions.

Additionally, many real estate speculators allow decentralised autonomous organisations (DAOs) to buy properties. This will provide ownership to individuals hoping to join the property ladder with fractional shares of a DAO sponsoring global properties on the blockchain.

Entities like BRIKN and DAMAC Properties have launched their blockchain-powered DAOs to compete in the crypto investment property era.

Additionally, the Dancing Seahorse DAO allows its NFT holders exclusive access to its nightclub franchise across locations. This provides new use cases for NFTs: community.

Creatives across the world are currently leveraging blockchain technologies for buying and selling artwork. This will incentivise creatives to expand their product outreach on NFT platforms.

Many are familiar with the Bored Ape Yacht Club (BAYC) and other NFT collectives, but creatives worldwide will now find a global market for their products. This could facilitate a boom in creative content for collectors, educational firms, and even future gaming platforms.

Crypto and blockchain technologies could also resolve disputes on the creation of assets to fight against fraud and plagiarism. This will require a developed metaverse law industry as Web3 popularises.

This Resistance Could Trigger New Rally