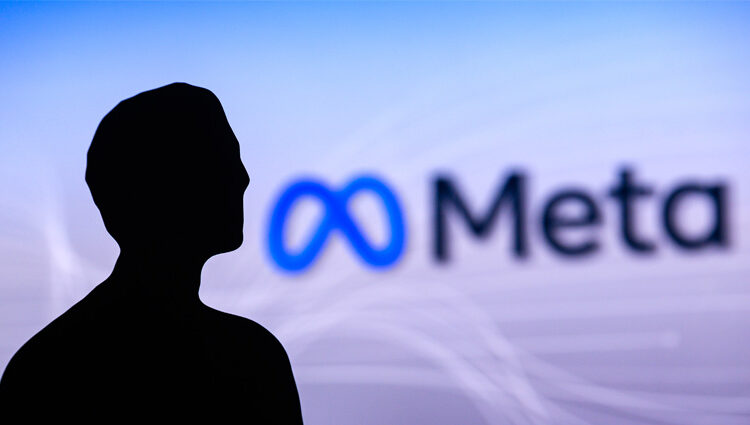 The CEO of the leading virtual reality (VR) firm first caught the ire of the FTC when Meta attempted to purchase immersive fitness application developers Within for $440 million in 2021.

In July, the FTC voted 3-2, allowing staff to issue a temporary restraining order and preliminary injunction that suspended the Within purchase. The FTC investigation noted how Zuckerberg said it was crucial to be completely ubiquitous in killer [VR] apps during its 2018 acquisition of Occulus.

In the US District Court for the Northern District of California, the FTC argued that Meta’s purchase of Within was breaching anticompetitive conduct.

The suit claims that Meta is acquiring apps to populate its digital Quest storefront over building its products.

However, Meta choosing to “buy market position instead of earning it on the merits” means the acquisition is “illegal.”

During this month’s court hearings, Zuckerberg defended himself by saying:

Historically, most of the major platform providers have built some of the key apps.

The CEO also noted how Meta is not targeting the production of VR fitness applications. He explained how Meta focuses on gaming, social interaction productivity, and other use cases. He also explained that while VR fitness is vital to the company, the area is not core to Meta’s expansion.

In the memo, Boz noted how Meta faced a more complicated year than expected. Thanks to international economic challenges and perceived pressure on Meta’s core business strategies led to broad media scepticism concerning the company’s extended reality (XR) goals. He added, “these are moments that truly test people’s belief in the future.”

During boom times, it’s easy to make big, ambitious investments in what’s coming next. But when economic conditions turn, it’s just as easy to turn the other way: cut back on your ambitions, stick to what’s safest and most profitable today, and squeeze as much as you can from it. – Hollowed out companies that gave up on innovating long ago, content to just turn the crank on an existing business until it stops working.

Despite a challenging year for the major immersive firm, Bosworth remains optimistic, stating how soon VR headsets could become “capable of emulating a powerful home computer setup from a device that fits in a backpack.”

Can Meta Survive without its VR Pioneer?

This month, Meta faced another setback when it lost John Carmack, a pioneering gaming and VR programmer who worked with Meta as an Executive Consultant.

Upon announcing his resignation, Carmack noted his mixed emotions regarding his exit.

He explained that the Meta Quest 2, with its “mobile hardware, inside out tracking, optional PC streaming, 4k (ish) screen, [and] cost-effective” build was exactly what Carmack wanted to see “from the beginning.”

Despite all the complaints I have about our software, millions of people are still getting value out of it. We have a good product. It is successful, and successful products make the world a better place. It all could have happened a bit faster and been going better if different decisions had been made, but we built something pretty close to The Right Thing.

Carmack explained that Meta’s problem is “efficiency.” He went on to state how Meta has a “ridiculous amount of people and resources,” although, despite this, he says that Meta “constantly self-sabotage[s] and squander[s] effort[s].”

But, with Carmack’s criticisms came optimism regarding the future of VR technology,

VR can bring value to most of the people in the world, and no company is better positioned to do it than Meta. Maybe it actually is possible to get there by just plowing ahead with current practices, but there is plenty of room for improvement.

While gearing up for its 2022 H2 fiscal reflection period, Meta faced major roadblocks leading to a significant internal reshuffle.

The memo also said that Meta Manager level employees cannot “be net neutral or negative for Meta.” In a wider response, Zuckerberg announced Meta’s dismissal of roughly 30 percent of its staff.

The shake-up refocused the group considerably, leading up to the release of the Meta Quest Pro. The July shake-up pulled back the development of a handful of devices, including the augmented reality (AR) headset: Project Nazare, consumer-grade Orion smartglasses, and Meta’s XR smartwatch.

Despite its shake-up, Meta is continuing to push its immersive technology portfolio. Since July, Meta has since doubled down on distributing immersive productivity solutions.

Since the shake-up, Meta also debuted its long-awaited Quest Pro mixed reality (MR) device. The firm announced the device during Connect 2022 and released it shortly after for $1,499.

Again the release drew criticism due to the device’s high price point. However, Meta is pushing the device as a sophisticated workplace tool that enables businesses to harness new levels of remote workplace communications.

Following FTC Pressure, What’s Next for Zuckerberg and Meta?

The Meta Quest Pro dropped this year and brought a powerful MR operating system that can power gaming, socialization, and collaboration applications. A problem Meta, and other XR firms, are facing is the small developer talent pool that exists for immersive content creation.

To fuel this developer ecosystem, Meta collaborates with groups like CyberXR Coalition and XR Bootcamp to enhance the number and talent of Metaverse engineers.

Meta is not the only immersive firm suffering from a tough 2022. Across the board, social media stocks dropped late in the year.

Bytedance subsidiary Pico will soon debut an MR headset with similar specifications to the Meta Quest Pro at a fraction of the cost. The device will also contain a dedicated Metaverse service similar to Meta Horizon.

Although, like Meta, Bytedance is under federal pressure, this time from the FCC. Representatives are pressuring Bytedance based on its data collection methods conducted via TikTok.

Moreover, massive competition has recently debuted in the west via Chinese smart glasses firm Nreal. The company is successfully planting its product in EU and US regions to provide an AR device with more features than Meta’s Ray Ban collaboration.

2023 looks to be a transformative year for XR in general, so it ill curious to observe Meta’s role in the marketplace change as demands and competitors evolve.