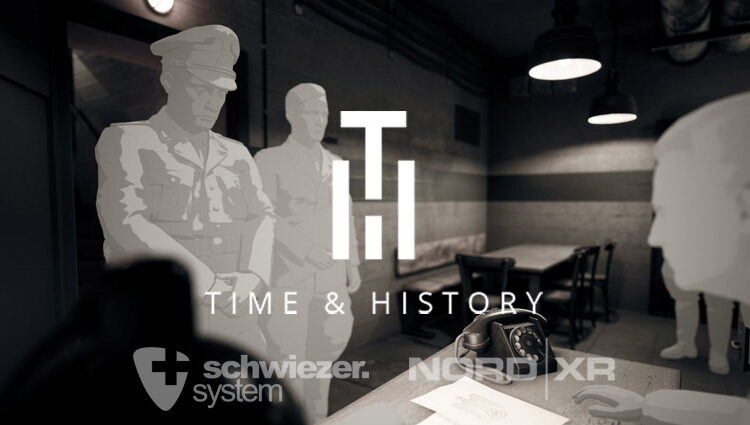 The German federal states of Lower Saxony and Bremen recently partnered with the Nordmedia funding agency to debut a chilling immersive experience for history learners.

The partnership’s TIME & HISTORY initiative aims to educate people with a series of immersive documentaries as never seen before. Currently, the project remains in the first of three beta stages.

Users can visit the groundbreaking ‘virtual museum’ across all Meta Quest headsets, including the Quest, Quest 2, and Quest Pro using Oculus Link. Audiences can also watch on Windows-powered laptops.

Führerbunker and Other Titles

NORD XR debuted its top-tier VR film, Führerbunker, in late October. The documentary details the terror of National Socialism in the final hours of the Third Reich.

According to the website, Führerbunker aims to “ensure that an important memorial to the absurdity of totalitarian regimes with all their historical errors and human catastrophes is not forgotten.”

Other hit titles from TIME & History include the following:

National Geographic Explore VR: Visitors can travel to top destinations worldwide to take photos of stellar locations on the planet, including Antarctica and Manchu Picchu.

Arctic Meltdown: The virtual world showcases the Svalbard Archipelago where viewers can explore the region on a helicopter trip.

The Body VR – Journey Inside a Cell: Users can join a narrated VR journey across the human body, travel through the bloodstream, and learn about blood cells and how to fight illnesses.

Nord XR is one of many VR film firms that are creating new mediums of education and artistic expression. Many global startups and individuals have entered the immersive filming industry, paving the way for recognition across genres and awards groups.

In August, Alan Bucaria, a renowned filmmaker from the MediaMonks studio, launched his immersive film ‘This Is Bike Life,’ which highlights cycling culture for a group of youths in Los Angeles.

XR Today also spoke to Gary Yost, veteran filmmaker and co-director of the WisdomVR Project. His documentary, ‘Inside COVID-19,’ captures the story from the lens of a doctor risking his life amid the coronavirus pandemic. He also discussed new real-time 3D (RT3D) modelling and holographic techniques, which added realism and scientific data for the short movie.

Crypto Exchanges Record Massive Outflow Of Bitcoin, What Does This Indicate?

Bitcoin Price Grinds Lower, Why The Bears Are Not Done Yet