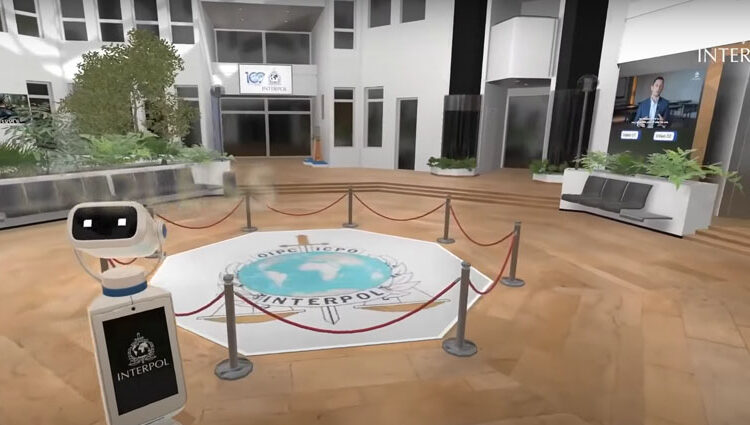 INTERPOL recently unveiled its novel metaverse law enforcement strategy by allowing visitors to tour a digital twin of its General Secretariat headquarters in France, it announced in October.

“For many, the Metaverse seems to herald an abstract future, but the issues it raises are those that have always motivated INTERPOL – supporting our member countries to fight crime and making the world, virtual or not, safer for those who inhabit it […] We may be entering a new world, but our commitment remains the same”

The intergovernmental body also stated it had created an Expert Group on the Metaverse to secure the future of the upcoming immersive world and address law enforcement concerns.

The news comes as institutions and organisations debut their virtual spaces for several key purposes, leading to a spike in interest in the Metaverse as an exhibitive platform for large groups.

In addition to touring the virtual twin of its Lyon-based headquarters, INTERPOL’s metaverse allows visitors to interact with the avatars of police officers.

Trainees could also enrol in immersive training courses such as policing and forensic investigation, among others, via the platforms Secure Cloud technologies.

The group’s Capacity Building and Training Directorate opened a module on verifying and screening travel documents. Learners tested their skills in a digital twin of an airport Border Force point.

The news comes after INTERPOL released its Global Crime Trend report, which found crime increasingly moved from physical to online activities amid a rise in digital transformations.

More than 60% of respondents ranked crimes such as money laundering, ransomware, and phishing attacks as high threats – placing financial and cyber crimes above any other category.

It added that criminals would exploit the Metaverse and recently, in a major partnership with the World Economic Forum, Meta, Microsoft, and many others, warned of potential cybercrime, including “social engineering scams, violent extremism, and misinformation.”

Criminality would expand along with the number of active users on the spatial communications platform, leading to crimes against children, data theft, financial misconduct, and assault incidences, presenting “significant challenges,” INTERPOL explained.

“By identifying these risks from the outset, we can work with stakeholders to shape the necessary governance frameworks and cut off future criminal markets before they are fully formed. Only by having these conversations now can we build an effective response”

Security and law enforcement organisations like INTERPOL have shown interest in using the Metaverse for remote working, networking with colleagues, training, and archiving crime scene evidence, it said.

Other governments have begun rapidly adopting metaverse technologies to test numerous use cases for citizens, clients, and colleagues.

Barbados was the first to enter the virtual world with an online embassy on Decentraland, becoming the first-ever country to host sovereign real estate on the Metaverse. The country aims to conduct e-visa processes, showcase tourism and government information, and connect with the global community.

Dubai has also positioned itself as a major hub for the Metaverse, namely after its leadership launched a Metaverse Strategy aiming to grow 40,000 jobs and attract billions to the capital city by 2027.

The Middle Eastern finance hub has also launched a Ministry of Health and Prevention (MOHAP) Metaverse for reaching citizens across the United Arab Emirates (UAE), boosting access to medical care.

South Korea and Shanghai, China have also opened similar contests to become major tech hubs for the next iteration of the Internet, with investments topping $187 million and $52 billion, respectively.

Several South Korean cities, including Seoul and Seongnam, have developed educational and government-level metaverses to accommodate citizens and showcase Korean history in the region.

Bitcoin Whales Worth $3.8 Billion Emerge As Price Aims for $21k

Stablecoin Exchange Inflow Mean Hits ATH, Why This Could Be Bullish For Bitcoin