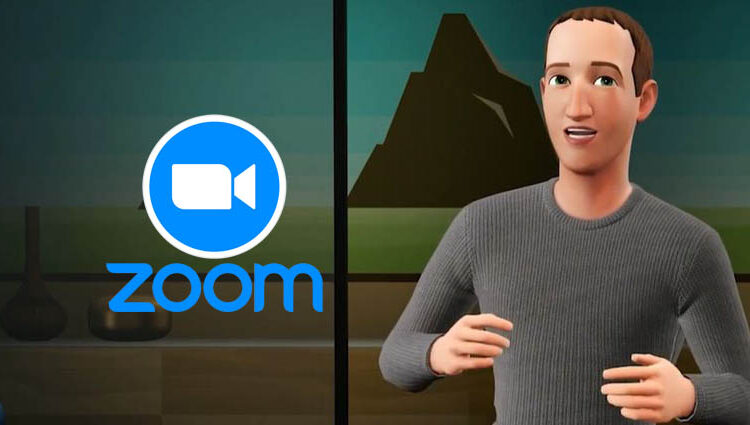 This Tuesday, the CEO and Founder of Meta, Mark Zuckerberg and Angela Cheng, the Quest Product Team Lead, announced a series of Horizon updates and partnerships, securing the firm with a roadmap that heavily favours virtual meetings and remote communications.

Keeping in line with its announcement of the Meta Quest Pro at Connect 2022, the Menlo Park-based firm is introducing new tools to encourage immersive connectivity, productivity, and collaboration.

Starting with Facebook Messenger and Whatsapp, Meta is adding an avatar video call feature that enables users to conduct a call using their custom-made avatar instead of sharing their video feed.

“I think avatars in video chat are going to be this third mode between video on and video off. You can still express yourself and create. But you’re not on camera. It’s like a better camera off mode”

During the event, Meta announced that it is working with the video conferencing platform Zoom to test out its avatar mode in workplace settings.

“This is another reason why the Quest Pro is a big step forward for communication, including for work. more people work in distributed teams now and being able to share a space with your co-workers and feel like you’re really together is still missing”

Additionally, Meta, in collaboration with accessories partner Ray Ban, is working on augmented reality (AR) portals that enable users to access the Horizon Metaverse via the Ray-Ban Stories device.

Meta is also significantly improving its Avatar system. The firm wants to increase feelings of social presence within its Metaverse platform. To achieve this, Meta is introducing a trove of new avatar technologies.

Movement SDK is a new system that transforms a user’s expressions into avatar gestures. Meta currently uses spatial audio and immersive graphics to power its avatars, but soon Meta is adding facial and body language for more realistic virtual meetings.

During his Horizon-based keynote, the CEO introduced legs for Horizon avatars to massive virtual applause. He added that the improved avatars significantly heighten immersive remote communications.

The firm is rolling out its avatar creation tools on desktop, headsets, and mobile later this year. Also, the firm is distributing its tools on Android and iOS devices via Unity. Furthermore, Meta plans to add Unreal compatibility to its ecosystem.

Meta designed Horizon exclusively for its Quest portfolio. The firm first launched the Metaverse service in the US and Canada in December last year – following that year’s Connect event. In June 2022, Meta also debuted the service to UK Quest users.

Meta built Horizon based on three separate VR applications: Worlds, Venue, and Workrooms. The three Metaverse services support independent use cases. It also unified the three services in May 2022 to create an online VR ecosystem where users can socialise, work and attend live events.

The service lets users quickly move between the three platforms via a series of immersive portals, which a user walks through to access Horizon’s trio of immersive services – Meta even presented its Connect 2022 event via a tailor-made immersive space on Horizon.

During Meta Connect 2022, the firm introduced new tools from its Crayta acquisition, enabling developers to create inoperable XR content such as objects, avatars, and digital wearables.

A Quest Pro user can create multiple avatars to suit a specific use case. Users can also attach their digital representation to their Facebook, Instagram, and, in the near future, Whatsapp accounts.

The service provides its users with rich content creation tools for monetising Metaverse content on the platform, like environments, games, and items, despite their skill set.

Meta has many tools that encourage Metaverse content creation and monetisation, and currently charges fees of 25 percent for each developer’s design.

In April, Meta Platform’s Chief Technology Officer, Andrew Bosworth, explained that the charge is much lower than other similar world-building platforms.

Users must access the application via a Meta Quest if they want to create content on Horizon. When inside the application, a user then needs to click on the three-line menu icon, choose “create,” then select “templates” and “new project.”

Horizon then automatically loads the user into an immersive environment where they can use Meta’s creation toolkit to design bespoke worlds.

Horizon is also building an extensive 3D asset library that enables creators at all skill levels to create a personalised Metaverse environment.