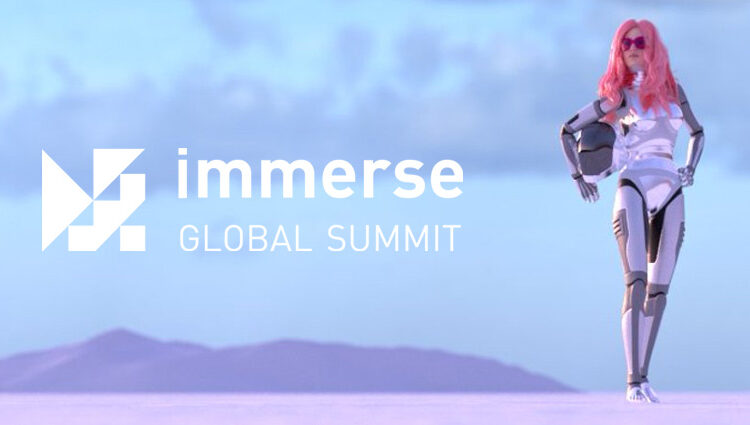 Digital content creation has led to many questions over the distribution of wealth for artists and companies working in the future Metaverse, with current technologies requiring clear definitions for paying creatives and promoting immersive artworks across the rising spatial communications platform.

Maxim Jago, London-based Futurist, Keynote Speaker, and Founder of the Creativity Conference moderated the panel discussion on the future of creative artists in the Metaverse.

When asked about specific barriers to entry to content and NFT creation, Tauber explained that creators would need more education accessibility, adding the state of the music industry would shift dramatically.

She explained that she did not believe artists had much choice and needed to “educate themselves about web3 and the power of NFT smart contracts.”

“It is a major unlock for how you can have this peer-to-peer relationship with your fans and your community. Traditionally with major record labels, they offer you in advance a million dollars and additionally, you’d make a few albums and have to recoup that cost. Then, obviously the pandemic happened and live touring floored for artists. So you know, all these models don’t really work”

She added that new technologies in the Metaverse and virtual performance experiences had rapidly grown, leading to a new concept that was “a bit nebulous” but eventually developed a “complex financial interplay” between tokenised fungibility, NFTs, and derivatives, among other incentives.

“It’s a whole new world because all of a sudden, we had co-creation in web2, but it’s still on a whole new stratosphere when we look at joint value creation in web3, and then the Metaverse because as you said, I’m the artist. I’ve got the seed idea and the seed intellectual property (IP) rights”

She explained her upcoming novel would feature her character VNCCII, with the online community as the population. Activating the immersive experience with the music and metaverse landscape in web3 could spark additional “financial incentives with derivatives as well, let alone the culture, which is what I really do for it, and the mission of elevating the consciousnesses of humanity” she told the audience.

Sami Tauber and João Miguel Caldeira Monsanto Fonseca speak in a panel discussion at the IGS 2022 Europe in Madeira, Portugal.

When challenged about the potential security risks of NFTs, the Blockchain, Web3, and the Metaverse for artists, she said “it’s not perfect” and addressed hacking and data breach risks to the technologies.

Artists unfamiliar with the technology could move to partnerships and stakeholders in the music industry to take on the role of a traditional label or manager to develop such tech stacks.

Relationships in the music industry would “redefine a little,” she said, adding,

“I don’t believe it’s about getting rid of the middlemen and agents, because you need a team, especially if you’re going to scale. In terms of job responsibilities, they’re going to shift a bit and the relationship [will become] more like artists [and] entrepreneurs in order to navigate this landscape. So [becoming] an entrepreneur is a risky pursuit, but you know, I think it’s worth it if you want to be at the forefront of innovation”

The Metaverse Has Got Talent

When asked about the longevity of an artist’s career on new platforms such as the Metaverse, Monsanto replied that all artists and great creators needed talent in terms of quality.

Reputation was important to build for artists of any medium, whether in architecture, writing, and fashion, among others, he explained to the panel.

“Recognition of the quality of someone is something that goes upstairs in any cases. I believe that nobody will be [left] out of the system because he’s growing up and creating new things. If [the artist] is really good, invested in his career, and is working to maintain his relationship with the quality and he has all these three… when they start [earning] their reputation, it is very difficult, but afterwards, I think there’s no problem”

He concluded that artists could rise and become great in any field, no matter the medium.

Adding to the discussion, Brignall explore how the Metaverse would function with content creation, stating that artist would should avoid platform models similar to popular streaming services.

He continued that such platforms drained revenues “away from creators” rather than middlemen such as managers and A&R representatives, he said also

Speaking on the subject, he said,

“I think it needs to be rethought, and I think web3 offers us an opportunity to actually address that and put the value of the artwork and the artist’s work at the centre of our engagement with content”

The IGS 2022 Europe has gathered some of the global tech communities leading firms, including Google, Lenovo, PwC, Vodafone, Deutsche Telekom, Meta Platforms, Qualcomm, and many others for a three-day event complete with roundtable discussions, workshops, networking luncheons, and technology showcases. Representatives, experts, and companies from around the world joined the VR/AR Association (VRARA) to outline the next stages of development for the Metaverse and web3 solutions.