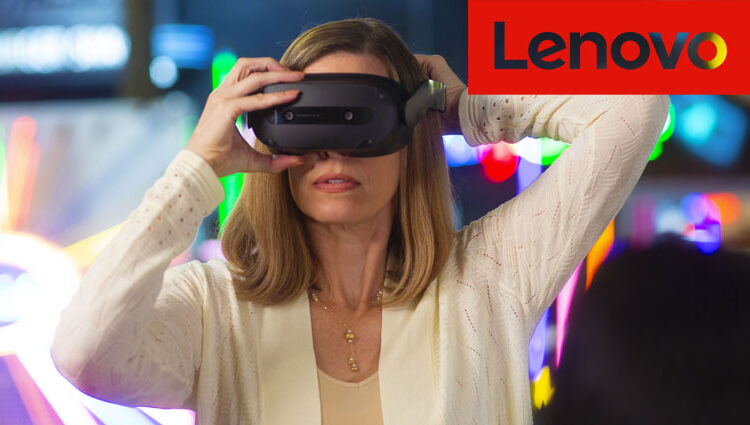 Jason McGuigan, Head of Commercial for Virtual Reality, announced the news at his speech at the premier event in Madeira Island, Portugal’s Savoy Palace, which joined some of the world’s largest tech firms, including Google, Qualcomm, EndeavorXR, Varjo Technologies, and many others.

The headset also works as a standalone device or tether to PCs and workstations for higher-grade immersive experiences. It can also leverage cloud-based rendering solutions, including NVIDIA’s CloudXR platform, for a graphics-rich XR experience with top graphics processing units (GPU).

ThinkReality VRX for the Workforce Future

With its latest solution, information technology (IT) professionals can deploy, configure, and manage all XR devices at scale, Lenovo explained, adding the platform supported enterprises with regular updates and analytics to boost performance among workforces.

According to company figures, VR has delivered up to a fourfold increase in training and readiness speeds for soft skills compared to traditional methods, along with a 275 percent jump in confidence when applying skills acquired during VR learning modules. Injury risks have also plummeted in the workplace by 43 percent, thanks to VR training and preparedness.

Lenovo’s ThinkReality VRX also aims to serve global workforces as a secure, adaptable conduit to the enterprise metaverse with its suite of services. Enterprises seeking consulting, content creation, cloud deployment, and customer service solutions can all leverage the ThinkReality platform to help companies reach new heights and realities for their operations amid the rise of the Metaverse.

Designed for the Enterprise

Vishal Shah, General Manager of XR and Metaverse at Lenovo, said in a statement,

“Our customers are looking for reliable, flexible and scalable gateways into the growing Enterprise Metaverse. They need business-class solutions for the new realities of working in hybrid scenarios and virtual environments. We engineered the Lenovo ThinkReality VRX to be the VR solution of choice for training and collaborating in immersive 3D”

Lenovo has also made headlines with its ThinkReality A3 augmented reality (AR) smart glasses, arguably one of the most sought-after enterprise solutions.

The North Carolina and Beijing, China-based firm has also teamed up with numerous metaverse platforms such as ENGAGE XR for collaborating, training, and educating users, offering users an ‘always-on’ hub for Lenovo to ‘engage’ with users with product updates and meeting others.

According to Lenovo, the device will open for early access to a select few partners by the end of the year, with general global availability in early 2023.

Lenovo will update audiences on the device’s pricing closer to the launch, with further updates provided on the ThinkReality VRX website in due course.

Only a Matter of Time

Speaking to audiences, McGuigan explained how scepticism on the Metaverse had mirrored previous commentary from media reports on 6 August 1991, a Tuesday, when the Internet had launched globally.

He said there had been numerous iterations of the Internet up to its release date, and that virtual reality (VR), opening with the release of the first commercially-available VR device on 25 March 2016, the Oculus Rift CV1, had launched 2,379 days before his speech.

According to him, the new generation of immersive technologies would lead to the development of viable metaverse solutions capable of building the spatial communications platform, leading to similar successes as the Internet, which faced strong headwinds from global media and analysts amid its rise.

Lenovo’s ThinkReality VRX aimed to create such a future with its innovative technologies, namely for enterprises, as many hoped to empower clients and customers with immersive solutions, he said.

“To get to the point where we are today with the Internet, just from a chronological sense, we have to get to 2047, or 25 years in the future. We are still in the early days, looking at this down the road, and we absolutely do not know what the future holds. The only thing we do know is that, at least it’s Saturday”

The news comes after Lenovo’s Vishal Shah spoke to XR Today along with representatives from RealWear and Longan Vision at the XR Summit in September, where the high-level exec spoke about the company’s ThinkReality platform and how it leverages the industry’s top-level AR technologies.

Lenovo’s leading XR solution has revealed results where it empowered businesses and workers, namely amid the COVID-19 pandemic and amid the rise of remote guidance business operations, leading to rapid deployments, reduced downtimes, and enhanced learning curves.

The IGS 2022 Europe is taking place from 28 to 30, with the three-day event uniting the global tech world for a series of panel talks, keynote speeches, product announcements, and other major updates.