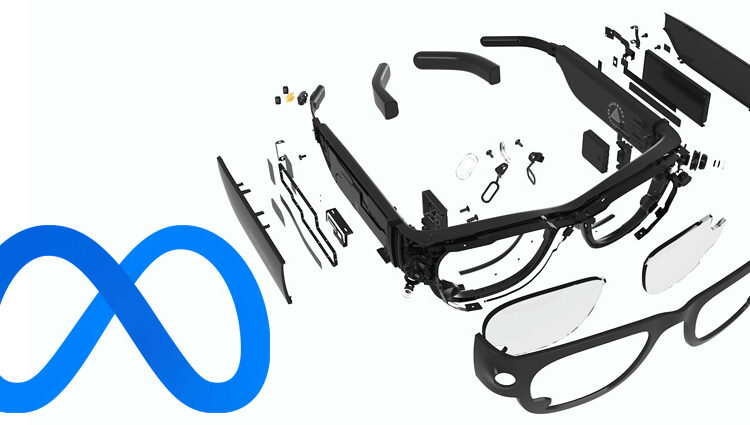 VR has dominated conversations in immersive tech for a while now, forcing AR to take a back seat, but Facebook remains determined to reverse the tide. Project Aria is the company’s newest strategy to leverage the full potential of AR and hopefully, power better products in the future.

Project Aria refers to a family of AR smart glasses that superimpose contextual information and messages around the wearer’s field of view (FoV).

For example, users visiting a new city would automatically see directions and shopping info whilst looking down a street with Meta’s AR glasses. However, the project is still under development with two outstanding requirements remaining:

Project Aria builds Meta’s efforts in a bid to to create a body of knowledge to serve as the foundational data repository for contextual AR experiences through smart glasses.

Sources indicate Meta will not name the final product Project Aria as the current devices are meant solely for research. The firm has not yet envisioned a consumer-facing product and importantly, research participants cannot view or listen to any of the data they capture.

Meta unveiled Project Aria at its Connect 2020 event, where the company spoke about its progress, revealing the following updates:

Meta has determined that, in the future, AR glasses could potentially anticipate what the wearer intends to do next. For example, the glasses could predict a user is searching for their TV remote and highlight where it’s located.

At Connect event last year, Meta announced it had made progress in achieving this by using a combination of AR glasses and handheld devices.

Meta announced some of its contractors and employees in the UK, EU, Switzerland, Singapore, Canada, and Israel captured data in their households, with consent from family members, with additional testers mining data in public spaces at select locations in the US and Singapore.

This key update saw Meta deploy 800 research devices worldwide and plans to ramp up numbers up to roughly 3,000 devices over the next few quarters.

Meta’s initial announcements did not include much on diversity, equity and inclusion (DE&I), but efforts have ramped up this year. Meta realised the risks of limiting research projects to developed or privileged regions, leading to skewed datasets against minority groups.

From November last year, it opened up participation to a much wider group of employees and contractors, as well as paid research participants, factoring in diverse genders, heights, body types, ethnicities, and capabilities.

Meta also announced Ego4D last year, a consolidated knowledge base of egocentric (first-person) data that could soon power contextual AI. It is currently funded via academic contributions to institutions.

While it is unclear whether Meta will share all data collected through Ego4D, it is definitely a move in the right direction to unite 13 universities and labs across nine countries.

The two firms explored how companies can integrate AR in next-gen vehicles and how data from vehicles can help AR-assisted drivers. Meta also partnered with the National University of Singapore for further research.

While the Menlo Park-based firm does not intend to release Aria as a consumer-facing product, Meta has uploaded a user manual document to the Federal Communications Commission (FCC).

The document is exhaustive and reveals a lot of new information about Meta’s Project Aria glasses. For instance, Meta does not have a visual AR component (data collection only) and the smart glasses, named ‘Gemini,’ are available with prescription lenses, work alongside a mobile app called Ariane, use a 4-camera setup, and rely on a Qualcomm chipset.

Individuals collecting data with its smart glasses will wear special clothing and identification, allowing test subjects to delete their data at any time.

TA: Bitcoin Price At Major Risk of A Breakdown Below $20K: Here’s Why