Bitcoin Must Hold This Level Or Risk Falling To $10,000 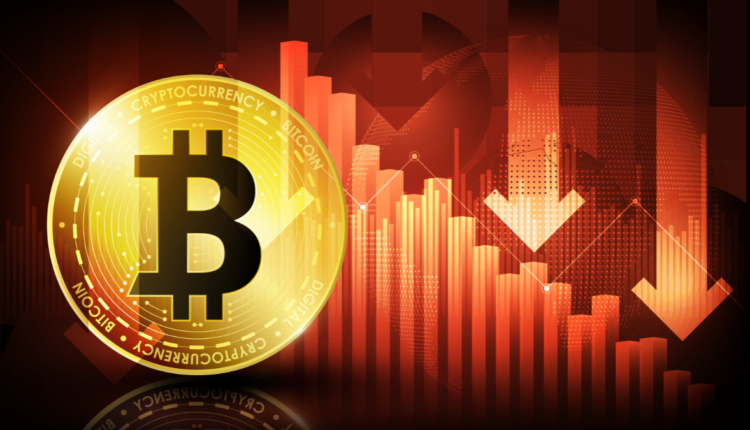 Bitcoin has seen a remarkable recovery trend that has caused its price to surge past $22,000 once more. This is a welcome development for the digital asset, which has been suffering from many dips, but it is not all rosy for the cryptocurrency. Since the market continues to remain in a bearish trend, there are levels that bitcoin must maintain above to keep such high prices. Otherwise, it risks falling more than 85% from its all-time high.

Many prominent figures in the finance industry have shared their thoughts about where they see the price of bitcoin going. One of those is Clem Chambers, the CEO of ADVFN. Chambers, who is also widely known as a financial analyst has said that for the digital asset to continue to rise, it must make sure not to fall below $17,000.

In the interview that was carried out by Daniela Cambone for Stanberry Research, the financial analyst explained that bitcoin is likely to reach $40,000 if it maintains strong momentum. However, there is still a high chance that the price will reach the dreaded $10,000 if it fails to hold the $17,000-$18,000 level.

Interestingly, even though the price of bitcoin is currently up, Chambers believes that the bearish scenario is more likely in this case. This means that the analyst expects the price to fall below $17,000 and reach as low as $10,000.

Chambers’ outlook is in line with what has been recorded in the cryptocurrency market in the past. The assets tend to lose about 80-85% of their prices and even more in extreme cases. This historical trend actually puts bitcoin’s price close to $10,000 before the bottom is in.

But What Does BTC Say?

Most of the pump in the crypto market recently has been courtesy of the impending Ethereum Merge. The network had dragged the rest of the market with it by triggering a rise in interest in the space. However, since others such as bitcoin are only riding the coattails of Ethereum, there is not as much propping it up.

Relief rallies such as the one currently being experienced by the market have always led to profit-taking, which increases the selling pressure in the market. Glassnode points to this in its report, where it notes that there is profit taking at the present level, much like what was experienced back in June, bringing the loss dominant regime to a low 0.58, putting it firmly in bear territory.

Going by this, Chambers’ prediction for bitcoin being more likely to fall below $17,000 than recover to $40,000 swims into clearer view. However, the profit margins of BTC holders have continued to rise during this time, triggering stronger hold sentiment among investors.

Accumulation has swiftly followed this, although not as strong as needed to push the price past $30,000. The number of new BTC addresses has seen a significant tick, as well as the holdings of old BTC addresses, pointing to said accumulation trend.

Bitcoin Takes A Blow After It Falls Below $22,000, Any Chances For A Bull Run

Why Dan Morehead Believes Bitcoin Bull Run Is Around The Corner