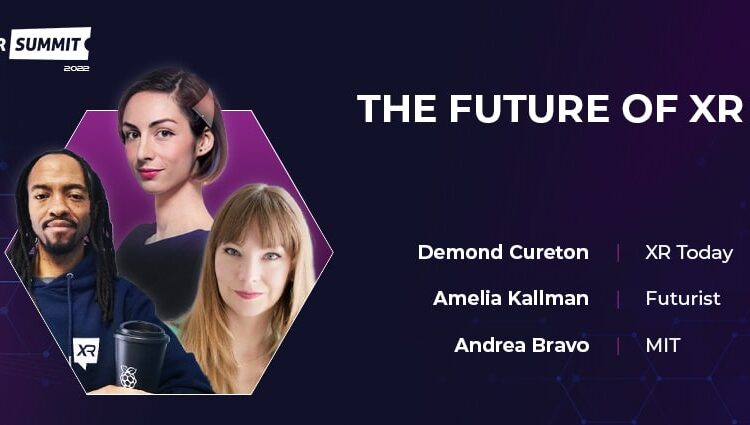 The rapid pace of the development of the Metaverse has led to a struggle to define future structures of the spatial communications platform, with concerns over best practices, anticipation over novel headsets and devices, as well as the rise of the creative economy set to impact the physical world.

Such unforeseen circumstances require the foresight of futurists and industry experts capable of exploring how the Metaverse could develop over the next few years and its projected impact on society.

XR Today spoke to Amelia Kallman, a leading Futurist, Author, Speaker, and Host of the XR Star Podcast, and Dr Andrea Bravo, Augmented and Virtual Reality (AR/VR) Specialist and Consultant, PhD in XR and Data Visualisation expert at the Technical University of Denmark (DTU) on some of the most notable trends taking place in the virtual and real worlds.

When asked about the current and upcoming trends in the XR industry, both conceptual and technical, Kallman stated that some of the most interesting trends were taking place in augmented reality (AR), geolocation, and geopinning, which maps the physical world to anchor AR virtual assets.

Citing companies such as Microsoft, Meta Platforms, and Niantic, she said that such technologies will become “a huge new industry.”

She explained further that companies could overlay digital assets over a physical office to interface with projects, gamified applications, and interactive experiences with real-time metaverse features.

“There will also be opportunities for people to lease, rent, and make money off of this space. They’ll also have to be regulated or policed as well, so there’s a whole new industry that’s going to emerge around this. I think that also just kind of leads into how valuable 3D models and 3D environments are, and I’m seeing a huge emergence around”

She added that the gaming, entertainment, industrial, and enterprise metaverse industries had acknowledged everyone would “need these 3D models in these 3D environments.”

XR, From Experiential to the Emotional

Bravo, who has collaborated with the Massachusetts Institute of Technology (MIT), responded by stating she closely monitored augmented reality (AR) and that the space would develop rapidly over the next few years.

The sector was “heading to the consumer market” as major firms such as Magic Leap, Google, Meta, and others were currently boosting research and development (R&D) with several key projects, she said.

Companies such as Google and Meta had begun real-life testing of several of its AR headset prototypes “beyond the lab” with Glass and Project Aria, respectively.

Regarding hardware, she stated she was interested in how the expert community had worked together to discuss “how to foster an inclusive, safe, ethical, and interoperable metaverse.”

“I think it is very important to consider right now, because it’s beyond building technology. It’s also about the human and societal implications of these technologies will they bring us, because they will definitely change the way that we interact with the world as mobile have”

She also highlighted that there would be increased data tracking and the need to develop best practices to build “a Metaverse that is safe and also promotes human well-being.”

The inaugural XR Summit will take place from 20 to 22 September and will join some of the world’s top firms for a series of panel talks and round table discussions on key emerging technologies such as virtual, augmented, and mixed reality (VR/AR/MR), the Metaverse, spatial computing, 5G, and others.