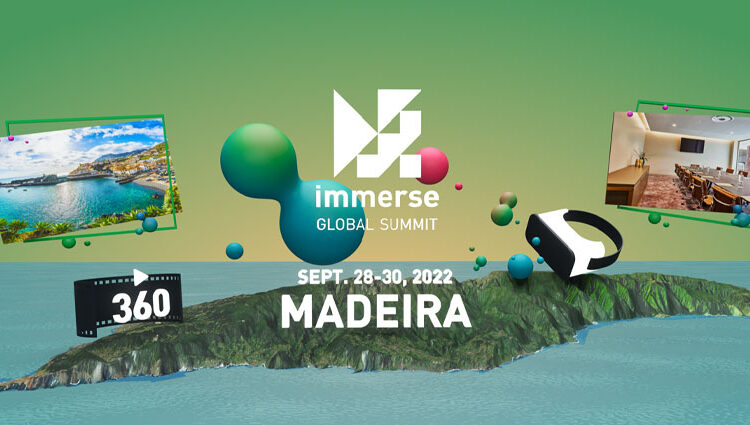 Organisations such as the VR/AR Association have responded to the demands of a rapidly changing tech sector since 2015 by providing a platform capable of facilitating such transformative development.

Nathan Pettyjohn, Founder and CEO of the Immerse Growth Network and Founder and President of the VR/AR Association (VRARA), discussed with XR Today the Immerse Global Summit 2022 Europe, an industry-leading event set to take place in Madeira Island, Portugal, which will allow tech firms to showcase their efforts to reach such a milestone.

When asked what the Summit had to offer compared to previous ones, Pettyjohn explained how the conference aimed to unite the industry by helping attendees “learn and be inspired” with new technologies capable of advancing their businesses.

According to the executive, he said that the President of Madeira Island and its Government had supported the VRARA amid efforts to attract new technology firms and talent to the region, which currently hosts over 2.5 million tourists annually and hosts 250,000 residents.

“They’re very advanced in terms of technology and incentivizing companies to come and set up there [in Madeira], which was a beautiful [place], especially coming out of [the pandemic] the last few years”

Pettyjohn also stated the event expected roughly 1,000 people for a more intimate setting, and would cover both small and medium enterprises (SMEs) along with multinational tech giants.

When asked what he expected from the IGS 2022 Europe, he stated this year’s iteration would be much different than previous ones, namely as the organisation had pulled in “a lot broader collection of technologies” related to the Metaverse, VR, AR, blockchain, and non-fungible token (NFTs) firms.

He added such additions were “very critical going forward for decentralised computing,” adding the “increased value propositions of digital assets are creating a very strong need for this.”

“We have some really cool companies coming in that are going to have some NFT collections on display, but they’re also going to be talking about how they fit into business legitimately for enterprise, for gaming, for entertainment”

The conference’s overall theme, ‘Inspiration Delivered’ aimed to allow attendees to “step out of their comfort zone” and expand their knowledge in emerging technologies, he said, adding: “If you’re in gaming, we want you to come and learn from what Unity is doing with digital twins, aerospace, [and so on].

The event will also feature a theatre for immersive experiences near the Savoy Palace, a five-star resort hosting providing accommodation for attendees.

When asked about some of the biggest firms exhibiting at the conference, he stated Maria Pace, Google’s Head of XR, Hardware, Global Partnerships, and Strategies and Lisa Watts, Vice-President of Magic Leap would join the event along with many other top executives.

Executives for Nokia, including Leslie Shannon, Head of Ecosystem and Trend Scouting, would also leverage the firm’s metaverse and networking ecosystem technologies.

Other multinationals such as Adidas’ Runtastic division and Mojo Vision, the groundbreaking tech firm developing wearable AR contact lenses, were set to attend.

Massive tech enterprises such as Lenovo, Sony, Deutsche Telekom, and Vodafone all planned to discuss their respective tech ecosystems, namely in 5G, networking, and metaverse infrastructure.

“[Vodafone] has got a whole division that’s already working on blockchain technologies, so very, very cool stuff that’s happening. I think that all of these companies are contributing in their own unique way, and these are the trailblazers that are literally setting the stage for this whole next wave of technology”

The IGS 2022 Europe will take place from 28 to 30 September at the Savoy Palace in Funchal, Madeira Island in Portugal. The event aims to step up efforts to rally the global tech industry around immersive and emerging technologies changing the sector, and will host a huge roster of panel discussions, workshops, events, and exhibitions along with networking opportunities and keynote speeches.

Some of the world’s top metaverse firms, including Accenture, Unity Technologies, KIT-AR, Qualcomm, EY, HTC VIVE, Meta Platforms, Adobe, VNCCII, EndeavorVR, Virtualware, and many others will exhibit the latest in their immersive technologies at the celebrated expo, which represents the global XR industry and its collaborative efforts to develop an interoperable ecosystem of immersive solutions.

To register and for more information, kindly visit the event’s website.

Ethereum Carries Bitcoin Price Up, Will “The Merge” Live to Expectations?

Ethereum ETHUSD Gains Momentum Ahead Of The Merge