Youth to Spend Up to 5hr a Day in Metaverse, WEF Says 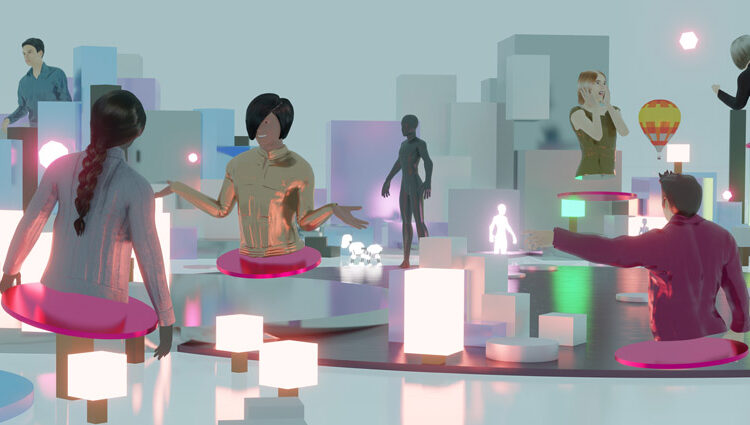 1,000 consumers aged 13 to 70 were surveyed on their views of how much time they expect to spend on numerous devices, including their smartphones, laptops, and extended reality (XR) devices.

According to findings, Generation X, Z, and millennial consumers are expected to spend roughly four to five hours a day in the Metaverse in five year’s time, compared to the five hours of television time spent by consumers in a Nielsen study.

How many consumers are shopping in VR and what can it offer them? #VirtualReality #shopping https://t.co/alcqjZxNH8

Despite this, most people remained unfamiliar with immersive headsets, devices, and technologies, which need addressing in the future.

Speaking further on the mass adoption of immersive technologies, Jared Ficklin, Chief Creative Technologist for Argodesign, said in a statement,

“[Current AR smart glasses] give you a metaphor that looks like an Android phone on your face. So rectangles floating in space. That’s not enough for [mainstream smart glasses] adoption to happen”

He added that operating systems were forced to simplify to allow greater adoption for general consumers, where people could use computers “on average, six to eight hours a day.”

He concluded that new techniques in spatial mapping would improve mass adoption of the Metaverse.

“We need to take the way that we, as humans, think of geography in terms of mapping and create a computer metaphor. [We will use] the language of landscape, layers, and objects”

The news comes as the WEF has begun analysing the future of the Metaverse following a major panel discussion, which revealed positive developments and roles for emerging technologies such as cryptocurrency, non-fungible tokens (NFTs), decentralised autonomous organisations (DAOs), and the blockchain, among others, adding the Metaverse was “already here.”

Such technologies would drastically shift operations in the workplace, namely via Web3 and DAO technologies that can build digital economies for enterprises and consumers, the panel found.

In the United Kingdom, a recent Bazaarvoice survey found British residents polled were excited about shopping in VR, the Metaverse, and AR at 38 percent, 26 percent, and 22 percent, respectively, with 48 percent hoping to gain hands-on experience with immersive tech at physical stores.

Ethereum Loses Steam, Why 100 SMA Is The Key For More Gains

Elrond (EGLD) Builds Bearish Sentiment, Will Price Coil Up To 80 Instead?