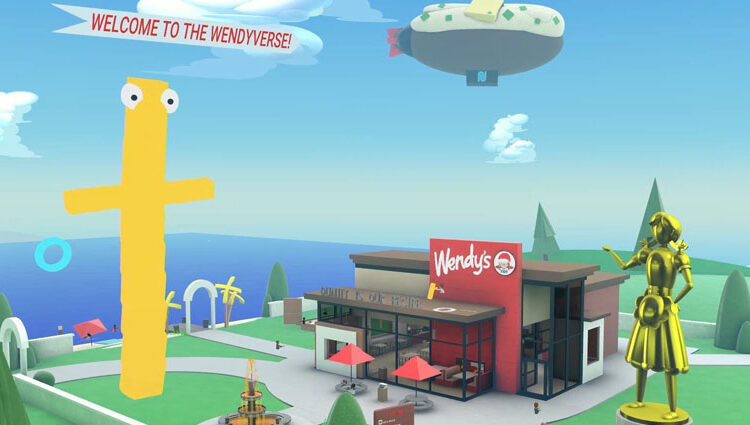 Wendy’s is the latest burger business to enter the Metaverse with a bespoke virtual world cooked up by Meta Platform’s Horizon Worlds, it was revealed on Wednesday.

The Wendyverse is set to open its doors to fast food enthusiasts on April 2, allowing customers access to social interactions, games, and upcoming marketing campaigns.

Horizon Worlds allows users to explore, play games, and socialise across custom digital landscapes with Meta’s immersive technologies on the Meta Quest headset. The platform recently launched in 2021 as a stable for people in the United States and Canada, with expansions planned in due course.

Quest 2 users can visit Wendyverse.com to test out the new Metaverse platform after the opening date.

According to Vishal Shah, Vice-President of Metaverse for Meta Platforms, the full vision of the Metaverse could be “years away,” but added brands should begin experimenting on how to currently develop their presence.

Nicky Bell, Meta’s Vice-President of Creative Shop, added that his team and Wendy’s collaborated to “bring this experience to life.”

He explained that Wendy’s had “always been an innovative leader in how they work with creators” and that building the Wendyverse was a great example of how brands could join Horizon worlds in “intentional, meaningful ways with their communities.”

According to Carl Loredo, Chief Marketing Officer for The Wendy’s Company, his firm had been meeting with fans “in unexpected ways and places” via novel “social media, gaming and engagement” campaigns.

“We’re excited to take this to the next level by launching the Wendyverse in Meta’s Horizon Worlds and bringing a totally new dimension of access to our fans. Truly a first of its kind, the Wendyverse bridges the best of today with tomorrow to show up for our fans across every world – with a Frosty® and fries in hand”

The new digital diner will feature the following virtual locations such as the Wendyverse Town Square Central—a digital version of Wendy’s restaurant where users can socialise and play foodie games.

The Wendyverse will also host a Partnership Plaza, where avatars can visit the Buck BiscuitDome to play basketball with a virtual ‘Baconator’ opponent and, from April 1 to May 1, earn vouchers for food items at physical restaurants.

The news comes after rival firm Mcdonald’s announced it would launch a Metaverse platform with similar immersive experiences, food ordering services, and virtual concerts for attendees.

The news was unveiled after Trademark Lawyer Josh Gerben posted a series of tweets with screenshots of ten patent applications from the US Patent and Trademark Office (USPTO).

Several other firms, including NIKE, Adidas, and Walmart have developed their own Metaverse platforms in a bid to connect with customers and develop new spatial communications technologies.

Bee Network Announces New Features, Here Is Where You Can Find The Details