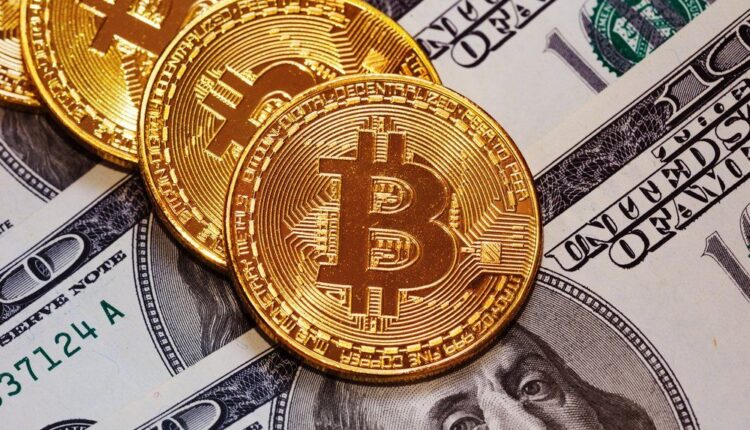 Bitcoin surged as much as 9% after a weekend selloff, on anticipation that cryptocurrencies may gain popularity as a result of Russian sanctions.

According to TradingView, the crypto market appears to have recovered after weeks of poor performance, with the price of Bitcoin (BTC) rising 14.5 percent in the last week to little over $43,000. At the time of publication, the world’s most popular digital currency was trading at roughly $41,200.

According to Marc van der Chijs of First Block Capital, the spike can be explained in part by Russians fleeing the ruble, which has plummeted due to severe US and EU sanctions.

On Monday, Van der Chijs said he saw bitcoin trading for up to $46,000 on some Russian markets, a $5,000 premium above its US pricing.

“There’s not normally a difference [between the Russian and US price of bitcoin] because there are arbitrage possibilities. That seems to indicate that this urge in bitcoin price is because of Russian buying.”

Kaiko, an enterprise market data research firm, noted that Russia’s invasion of Ukraine has resulted in an increase in Bitcoin and stablecoin volume in both nations. Even outlier altcoins and memecoins with more volatility, such as Solana’s SOL, Terra’s LUNA, and Dogecoin, moved higher on Monday.

Russians concerned about the currency’s and banking system’s stability may consider bitcoin as a method to safeguard their savings.

Meanwhile, as countries throughout the world piled on sanctions in response to Russia’s invasion of Ukraine, President Vladimir Putin issued countersanctions. In offshore trade, the Ruble lost a third of its value at one point, its worst-ever drop.

“Many Russian citizens and potentially Ukrainian citizens are cut off from being able to move their rubles, dollars, euros or anything else,” said Anastasia Amoroso, chief investment strategist at iCapital.

“We see some evidence of an increase in bitcoin-ruble volume,” Blockchain.com research chief Garrick Hileman noted, cautioning that it was unclear if Monday’s price movements could be completely attributed to such trades.

Related Reading | Battle Of The Hedges: How Gold And Bitcoin Have Performed With Russia-Ukraine Conflict

According to data from crypto compliance firm Elliptic, the rise in bitcoin could be linked to consumers converting fiat into cryptocurrencies in order to donate to the Ukrainian military and charities, which have raised more than $22 million in crypto over the last five days.

It could also be due to non-war-related issues, such as a tight schedule, he noted.

Many prominent cryptocurrency exchanges, such as Coinbase and FTX, are not available in Russia. As a result, many Russians have resorted to Binance, a crypto exchange established in the Cayman Islands that enables trading between the ruble and bitcoin.