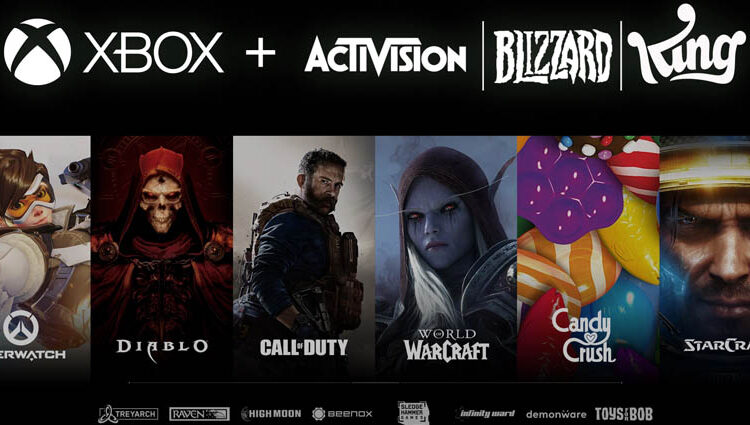 Microsoft is set to acquire one of the world’s top gaming development and interactive entertainment publishers in a bid to create “building blocks” for the Metaverse, the company announced on Tuesday.

The Redmond, Washington-based tech giant said it planned to buy out Activision Blizzard Inc to expedite the former’s gaming business operations across PCs, mobiles, consoles, and the cloud.

We are joining the @Xbox family.

Learn what this means for our iconic games and player communities: https://t.co/abPxlb37kA pic.twitter.com/Z8sVgsjScz

Microsoft will buy up Activision Blizzard for $68.7 billion USD, or $95 per share, boosting its total revenues to the world’s third-largest for gaming enterprises after Tencent and Sony.

Games currently featured in Activision Blizzard’s lineup include Call of Duty, Candy Crush, Overwatch, and Diablo, among others.

The ongoing talks are expected to finalise in the fiscal year 2023 (FY2023), and both Microsoft and Activision Blizzard have approved the deal via their respective Boards of Directors.

Bobby Kotick, Chief Executive of Activision Blizzard, will continue to direct his team amid the acquisition, but will report to Phil Spencer, CEO of Microsoft Gaming, the statement read.

He added his firm was investing heavily in “world-class content, community, and the cloud” to develop gaming platforms to put “players and creators first” with safe, inclusive, and accessible gaming.

Speaking further, Phil Spencer added his company would “build a future” where gamers could play their favourite titles “virtually anywhere they want.”

Bobby Kotick, CEO of Activision Blizzard, added that the merger of his company with Microsoft’s technologies, talent, and commitment to gaming and inclusion would “help ensure our continued success in an increasingly competitive industry.”

The news comes as the gaming industry, which has arguably incorporated proto-connectivity features similar to the Metaverse since the mid-1990s, now seeks the next stage of its development among gaming console and virtual reality (VR) manufacturers.

Hit titles such as Minecraft and Second Life have sparked a massive competition to develop new Metaverse platforms capable of incorporating digital assets such as 3D avatars, map-building, and game streaming tools.

Conversely, Microsoft has long advocated for developing Metaverse technologies after launching solutions such as its HoloLens series of mixed reality (MR) headsets and, most recently, Microsoft Mesh, which has integrated into the firm’s Teams collaborative platform.

Both titles feature huge worlds where global gamers can compete for digital assets, win prizes, and stream content to audiences, among many others. The addition of Activision Blizzard’s Call of Duty franchise will greatly expand titles capable of building greater Metaverse technologies in the future.

The nature of gaming as a Metaverse would include several key features such as games-as-platforms, socialised multiplayer gaming experiences, play-to-earn sales with cryptocurrency integrations, interoperable gaming Metaverses, MR technologies, and others.

70% Of Bitcoin Supply Is In Profit