Why Did China Ban Bitcoin Mining? Here Are The Seven Leading Theories 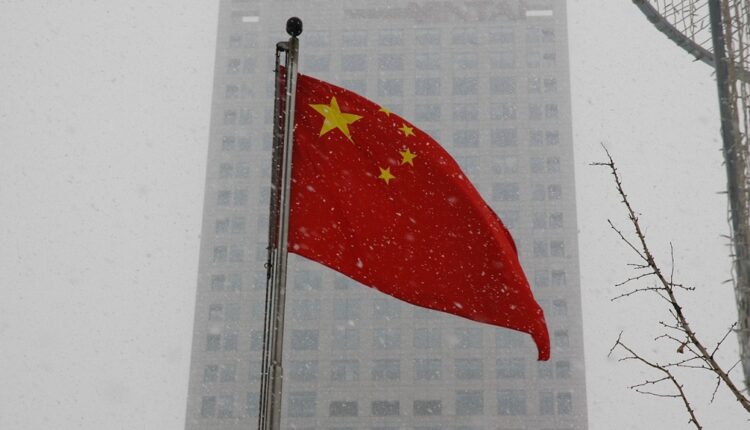 One of 2021’s biggest stories was the China ban on Bitcoin mining. On one hand, the news did affect Bitcoin’s price and gave ammunition to the naysayers that think that governments will outlaw Bitcoin. On the other, the network kept working without a hiccup, recovered its hashrate in record time, and gained in decentralization. However, a question remains. Why did China exclude itself from this very lucrative activity in which they were dominating?

As Bitcoin entrepreneur John Carvalho not-so-eloquently put it, “I refuse to believe that China is stupid.” There has to be a reason, even if it’s a simple one. To help our audience solve the puzzle, NewsBTC decided to gather all of our theories in a single post.

This one is as straightforward as it gets. When China started cracking down on miners, NewsBTC reported: “As for the possible reasons, Bitcoin Magazine’s Lucas Nuzzi cites the upcoming Digital Yuan CBDC.” And Nuzzi said, “They’re literally rolling out their own coin (a CBDC) that will enable the mass surveillance and unbanking of dissidents.”

1/ The CCP officially banning #Bitcoin should come as no surprise.

They’re literally rolling out their own coin (a CBDC) that will enable the mass surveillance and unbanking of dissidents.#Bitcoin is at complete odds with that. Dictatorships don’t like freedom money.

So, did China kill a potential billion-dollar industry just to squash their CBDC’s competition? Is that it?

Is China having energy issues? In that same article, we posed another theory:

“In retrospect, we should’ve seen it coming. Only two months ago, following a suspicious blackout, NewsBTC reported:

According to the Beijing Economic and Information Bureau, there were concerns about the energy consumption related to these activities. PengPai quotes Yu Jianing, rotating Chairman of the Blockchain Special Committee of China, to claim that the country’s environmental requirements could lead to crypto mining being more “strictly regulated”. Jianing said this will be “inevitable.”

However, would they be decommissioning small hydropower stations if this was the case?

Our report on small hydropower stations’ source was government-regulated media, so take it with a grain of salt. It starts with a claim that clashes heavily with theory #2:

“According to the article, the heyday of private power plants in China was the beginning of the century. Investors built thousands of hydropower stations because they saw them as a constant cash cow. For their part, the regions nearby saw them as a sign of progress and a solution to their energy problems.

However, with the gradual surplus of electricity in China in recent years, the electricity generated by hydropower stations is often destined to being abandoned (commonly known as “abandonment of electricity”)”

Nevertheless, the main reason for the decommissioning seemed to be repairing the original flow of the rivers. “Hydropower stations have always been one of the important factors restricting the ecology of Sichuan’s rivers,” said Wang Hua, deputy director of the Sichuan Provincial Water Resources Department. We went a step further:

“It’s possible that the government is trying to get rid of those plants. That would explain the article’s tone, it seems like it was trying to get investors to stay away from those hydropower stations. In light of this, China’s ban on Bitcoin mining could just be part of an even bigger play. They’re serious and methodically shaking things up over there.

What could be their end-game? Is China just trying to go carbon neutral and repair the original flow of the rivers? Or is there something else at play here?”

However, something doesn’t add up. In another article about the ban, we highlighted that hydropower energy is clean energy.

“Did China make the mistake of a lifetime by banning Bitcoin mining or do they have a secret plan?

The fact that the electricity for crypto mining in Sichuan came from clean hydropower meant that many thought the province would be a safe haven for Bitcoin miners.”

We explored Bloomberg’s theory about a “less founder-driven and more China-centric” model that China was supposedly exploring.

“If China is abandoning the Silicon Valley model, what will it replace it with? Insiders suggest it will be less founder-driven and more China-centric.

Why is China dwarfing its biggest industries and players? Is the “China Model” just concerned with scale? Or is control their focus? Are they cracking down on people and companies with too much power that work on a global scale?”

And even though it wasn’t quite believable, it introduced the concept that China was also cracking down on their biggest tech executives. Maybe this isn’t only about Bitcoin?

This one doesn’t explain the overarching theme of the China ban. It does add color to whatever theory you prefer, though. In an event, Yin Youping, Deputy Director of the Financial Consumer Rights Protection Bureau of the People’s Bank of China, said, “We remind the people once again that virtual currencies such as Bitcoin are not legal tender and have no actual value support.” And proceeded to list everything the PBOC was doing to combat cryptocurrency trading.

In the NewsBTC report about it, we said:

“Maybe their plan is simpler than we thought. It’s possible that The People’s Bank of China is just going to make it really really hard for the common citizen to access Bitcoin. And, China’ll use propaganda and repetition to keep people in check and scared of the unknown. One of Bitcoin’s prototipical adversarial scenarios. A battle that Bitcoin expected sooner or later.”

Was the Chinese government just closing the exits? They knew that the Evergrande situation was inevitable and didn’t want people to have the Bitcoin lifeboat available. In our report, we said:

“To recap: the government saw this coming from a distance. They knew the crisis was going to repeatedly hit the country and banned Bitcoin mining to scare the population into not buying the hardest asset ever created. Bitcoin, the true hedge against the collapse of every economy.”

According to John Carvalho’s wild and full of assumptions theory, China bans something related to Bitcoin every cycle to manipulate the price and get more BTC. The country has no incentive to ban the industry. They make too much money mining, plus they control the ASICs manufacturers, plus mining machines inflate the value of chips, and they control that business too. So, Carvalho’s theory is:

“The main ASIC manufacturer, the Chinese company Bitmain, had a new generation of miners ready. So, the CCP “decided to create a demand for the aftermaket and combine it with the FUD.” As they usually do, they sold their Bitcoin and made their shorts. Then, China banned Bitcoin mining and the whole country turned off the ASICs. The world perceived the ban as real, just “look at the hashrate.” This is the first time this happens. Then, China sold a small portion of its ASICs to the USA.”

According to him, Bitcoin mining in China didn’t stop, they’re just not signing the blocks. Of course, he doesn’t have any proof, and neither do we. This is just a theory, like all the others.

What’s really going on in China? What’s the reason behind the great China ban of 2021? We wouldn’t know for sure, but we have many suspicions. Let’s hope 2022 gives us solid evidence, new insights, or, at least, a plausible explanation.

What’s Beef? Reviewing The Historic Battle Of Ethereum vs. Cardano

Ethereum is Showing Early Signs of Fresh Rally, But 100 SMA is the Key